Antonio Green’s great-grandfather opened James H. Cole Home for Funerals in Detroit in 1919, and many of the its founding principles are as important as ever, even if the method of delivery has changed.

Grow Your Business,
Not Your Inbox

This special content series is made possible by The HISTORY Channel®. Watch the incredible stories behind iconic brands, entrepreneurs, and rivalries that drove groundbreaking innovation. Don’t miss the Memorial Day premieres of the documentary series, The Food That Built America at 8/7c followed by The Titans That Built America at 9/8c.

Antonio Green grew up in the funeral home business, but he watched how well his family treated the living. His grandfather ran the business for years, and he would often lend families some money if they couldn’t afford a funeral. “That’s how he was able to grow the business,” says Green. “Just being a man of the people.”

Today, Green is 38 and bridges two worlds: He wants to learn lessons from his family’s long history while also making changes for the future. Green’s family’s business is called the James H. Cole Home for Funerals, and his great-grandfather opened it in Detroit in 1919. Despite the company surviving for generations, Green knows it can’t rest on history alone — which is why he’s looking to embrace new ideas and technologies as he carries on his family’s role as a local business leader.

“You have to be cognizant of what you do out and about in public,” he said. “Because people are looking up to you whether you realize it or not.”

Green’s mother took over the funeral home in 1991, and Green began working full time in 2006 after years of helping out. He set up a website back then, which he says many funeral homes didn’t have. He also set up an online guestbook and digital memorial page on the site — a practice that felt new in the mid-2000s and then became important during the pandemic.

He continues to explore new technologies today, despite being in an industry that isn’t always open to change. For example, he recently joined the audio-based social media app Clubhouse and wants to use it to answer people’s questions about the industry. This might, he figures, help make his work more approachable.

“The industry is — I wouldn’t say taboo, but sometimes people don’t want to talk about it,” Green says. He wants to take advantage of Clubhouse’s open environment, where people join virtual rooms and host live chats about various topics. The app might even help him reach new clients or at least educate the public about a business that isn’t top of mind. 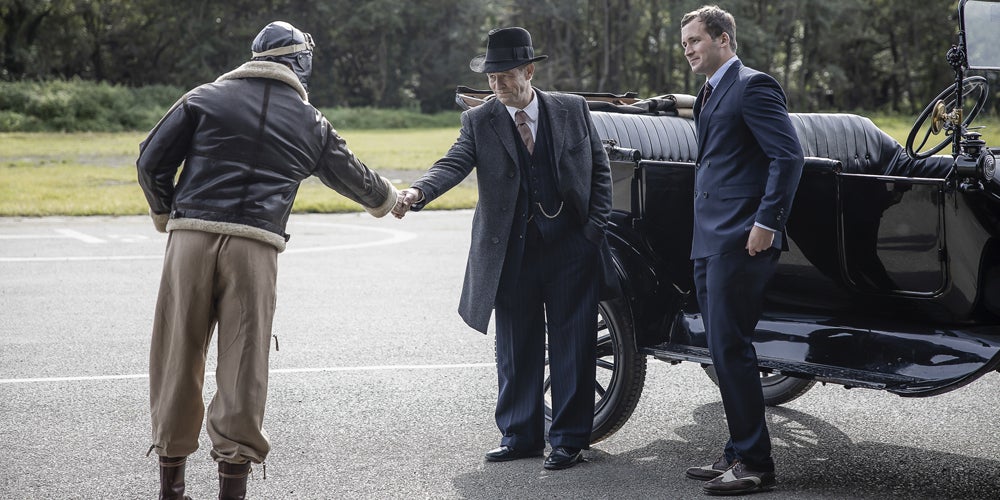 For more content like this, don’t miss The HISTORY Channel® Memorial Day documentary series event beginning at 8/7c! Watch The Food That Built America, chronicling the origin stories of rivalries behind some of food’s most iconic brands, and The Titans That Built America, that tells the fascinating history of brilliant and sometimes ruthless visionaries behind notable innovations

“I think the more information you can give people,” he says, “the better decisions they can make.”

But Green knows that tech alone won’t make a funeral home thrive. He graduated from mortician school and paid his dues — cleaning, embalming and answering phones. That helped him better understand the ins and outs of the business, which he’s always mindful of. “There are little things you don’t realize that have to be done to make a whole funeral service come together,” he says.

When the pandemic hit, business was, unsurprisingly, busy.

“It was definitely challenging,” says Green. He had to manage executive orders coming down from Michigan’s governor about mask mandates and then figure out how to communicate with clients in a safe way. He found a new use for the company website he built, which became a way to educate the public about what to expect at the funeral home.

But some things never change — like managing clients’ emotions. It’s difficult to help families through funerals, particularly because various members of the family may be at different stages of grief. Green says he’s often walking a tightrope: He wants to provide enough information to the family, but he doesn’t want to overwhelm anyone. He thinks of it as a matter of reading emotions. If he can do that correctly, then he can help someone through one of their most difficult times. That’s his business’s timeless goal.