Howard Lerman, the co-founder and CEO of Yext, has a new startup called Wonder Inventions, which is officially launching its first product today — Dynascore.

Let’s focus on Dynascore first. Lerman said he and his team created the product to solve the problem of the ever-growing demand for video content, which often relies on stock music. But by its nature, stock music isn’t designed for a specific video or a specific length, which can lead to some awkward fits, or require producers to edit their videos to match the music since “you can’t just chop three seconds out of a song and put it together.”

Dynascore, however, can take an existing piece of music and adapt it to a video of any length. It can also adjust the music to put the transitions, pauses and endings where you want them.

Lerman and his team demonstrated this for me, taking a fitness commercial and fitting different pieces of music to it, as well as adjusting the length of the commercial and where the transitions fell. Each time, Dynascore would generate a new version of the track that flowed well with the commercial (though I got the sense that if you’ve picked the wrong song for the video, no amount of adjustment can help).

To achieve this, Lerman said Dynascore examines a song and breaks it down to “the smallest unit of music that makes musical sense,” which it calls at a “morphone.” So depending on the specifications, it can assemble those morphones in ways that maximize what the company calls “musicoherence” — basically, to make sure it still flows like a real song. 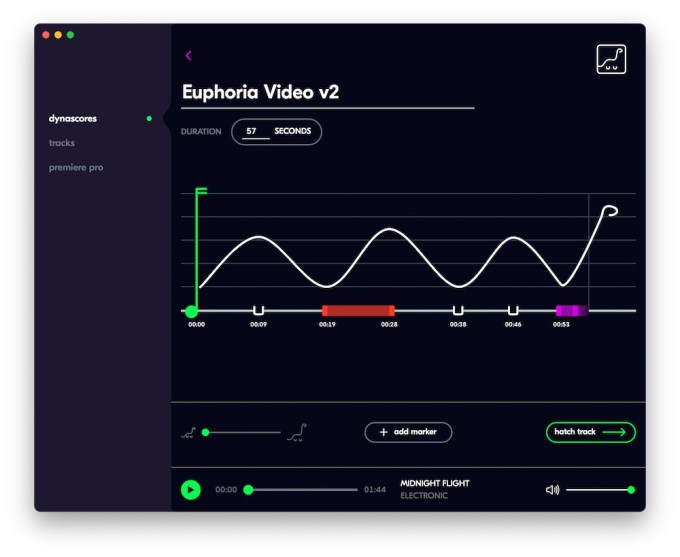 Lerman emphasized that that Dynascore’s technology isn’t trying to write music from scratch. Instead, it’s adapting human compositions — there are Masterworks, a.k.a. classic compositions that are in the public domain, as well as around 1,000 original compositions to start.

“There’s a lot of companies out there that use AI to write music,” he said. “They train their models on Bach, Mozart and Beethoven, but the stuff that comes out of it is trash […] The critical breakthrough we realized is that computers cannot write music, the same way that AI can’t write a film and can’t write a book. But AI can reconstruct music in a way that the human ear responds to.”

After a free trial, pricing for Dynascore starts at $19 per month. It’s available as a desktop app for Mac and Windows, as well as an extension for editing software Adobe Premiere Pro. The company has also built a Developer API to integrate into other apps, starting with video builder Biteable and marketing production tool Rocketium.

Dynascore is just the first product that we should from Wonder Inventions, which Lerman said will develop a whole portfolio of new products. 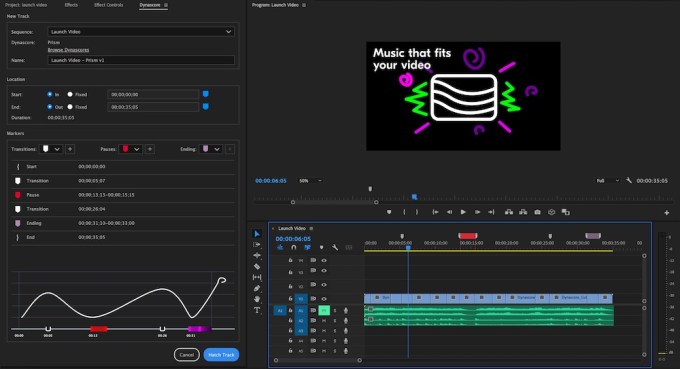 “We’re not starting Wonder Inventions for a single idea,” he said. “Wonder Inventions is 20 master inventors who are some of the most creative and brilliant and people we’ve ever met, and they will develop many products that will have synergies.”

Lerman himself is serving as Wonder’s chairman while he remains CEO at Yext, which he described as his full-time job. When pressed on whether there’s a unifying vision for the company beyond making cool stuff, he replied, “Thirty years ago, when people started a business, it would be about the company. Now when a company is started, it’s about the product” — something he attributed to venture capitalists’ focus on a single, scalable idea.

“I don’t think any VC would fund Dynascore — it’s too goofy and someone would look at the [total addressable market] and say, ‘I don’t think this is a multi-million dollar category.’” Lerman continued. He doesn’t necessarily disagree with that assessment, but he added, “It can be great first product, with more hits to come.”

How Yext reinvented itself on its way to going public