The hamburger chain Burger King announced through its Twitter account a call to its customers to support the consumption of local restaurants in the face of the crisis caused by the pandemic.

Aware of the difficult situation faced by the economic crisis caused by the pandemic, the fast food company asked its customers to buy from local businesses.

In the statement the company highlighted, “The point is that there are many dishes from thousands of restaurants that deserve to be as famous as Whopper.”

That said, Burger King announced that if users want to share any of the star dishes, they would make a publication using the #PideLocal label and share it “with the entire Kingdom of BK on Instagram.” 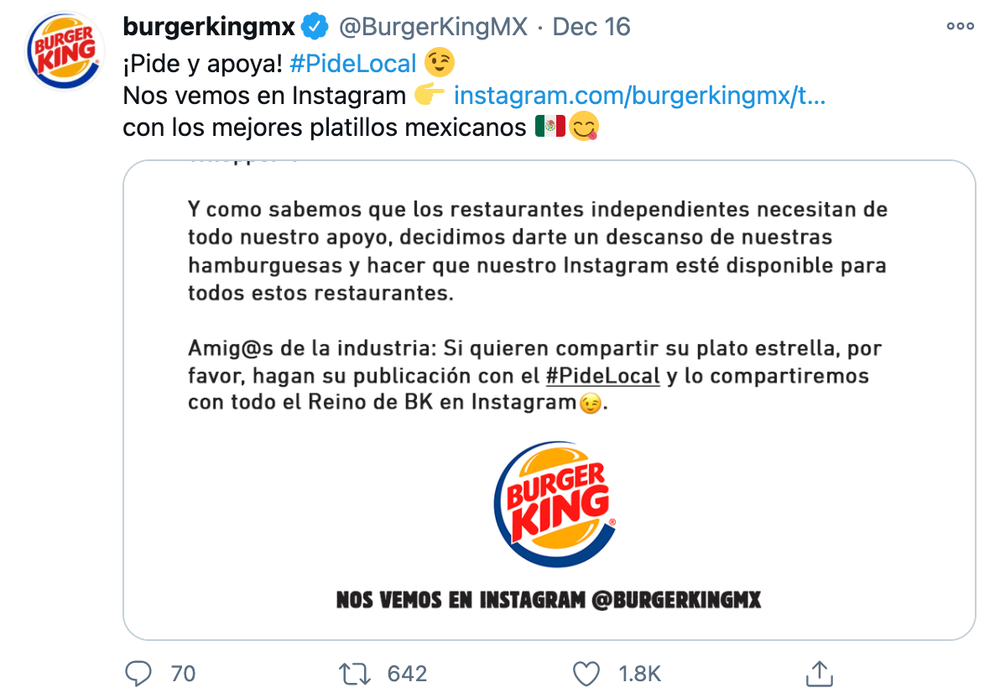 Similarly, the brand underlines the offer of various food establishments emphasizing their menus, addresses and promotions.

About a month ago, the transnational also invited its consumers to buy food from other restaurants, including its direct competitors, such as McDonalds and other fast food businesses. 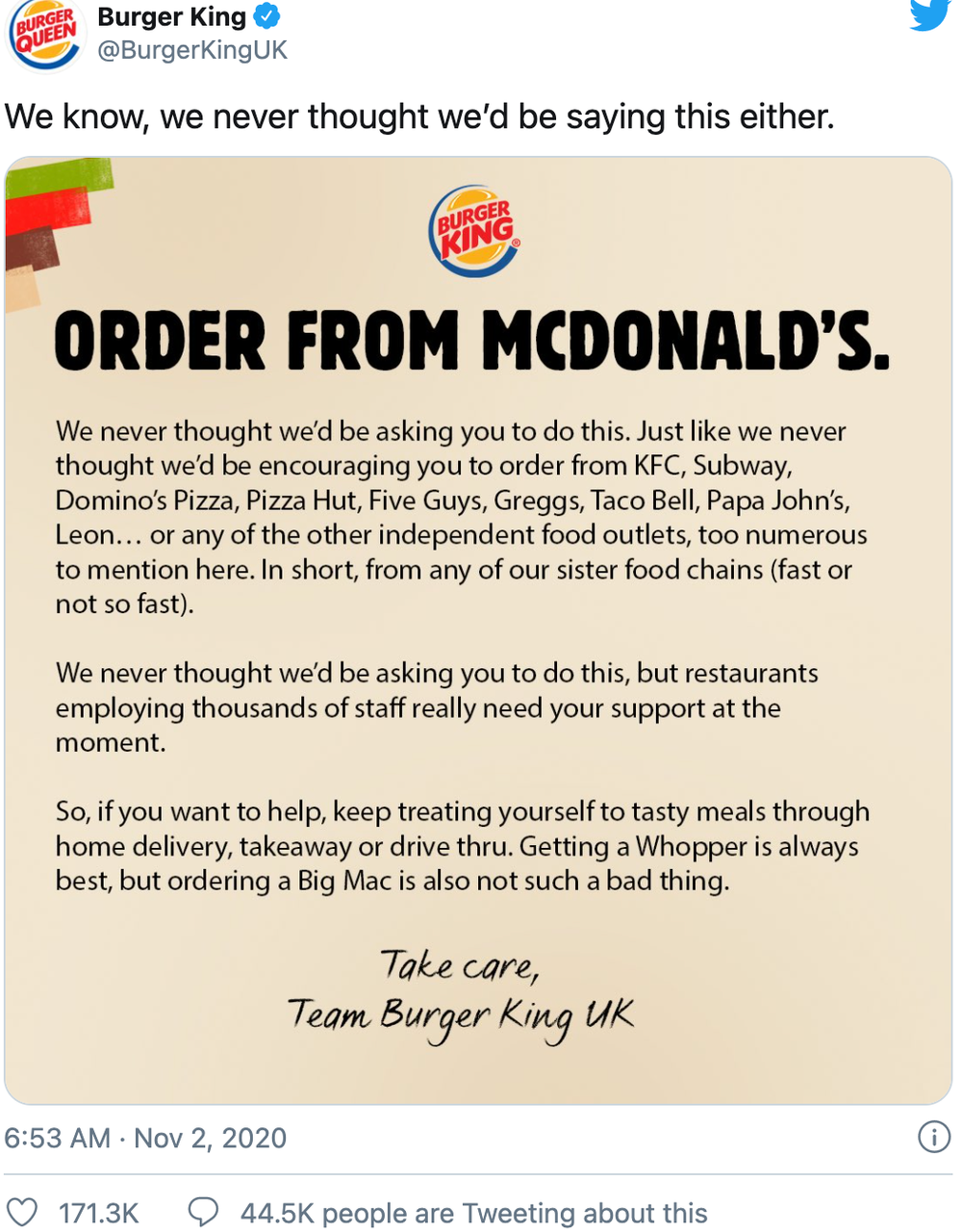 Since the middle of the year, the company warned about the difficulties that this crisis would represent for the industry, that of maintaining the business operation with the social distancing imposed by authorities due to the pandemic, especially when the actions were different depending on the location.

The restaurateurs have encountered several obstacles, one of these has been the commissions of the food delivery platforms, for this reason in October CANIRAC launched its own Check platform for shipments. This began its operations in November in the CDMX.

The fast food chain understands the lessons that this emergency situation has left to be able to reflect and innovate on marketing trends in the future to be able to overcome adversities, move forward and together with other businesses providing support in the face of difficulties.

Increase in the cost of gasoline, soft drinks and cigarettes as of January 1, 2021