Presidential candidate Joe Biden is likely to throw a fundraising lifeline to Silicon Valley donors after his commanding South Carolina victory and heading into the next wave of primaries.

A pro-Biden super Pac, Unite the Country — whose past backers include senior tech figures — is picking up efforts to tap wealthy donors, Treasurer Larry Rasky told CNBC, after the group made several ad-buys in Super-Tuesday states (per a February 28 Federal Election Committee filing).

Past Unite the Country’s benefactors include LinkedIn founder and Greylock Partners VC Reid Hoffman (who contributed $500,000) and Angel Investor Ronald Conway ($250,000), according to FEC data. 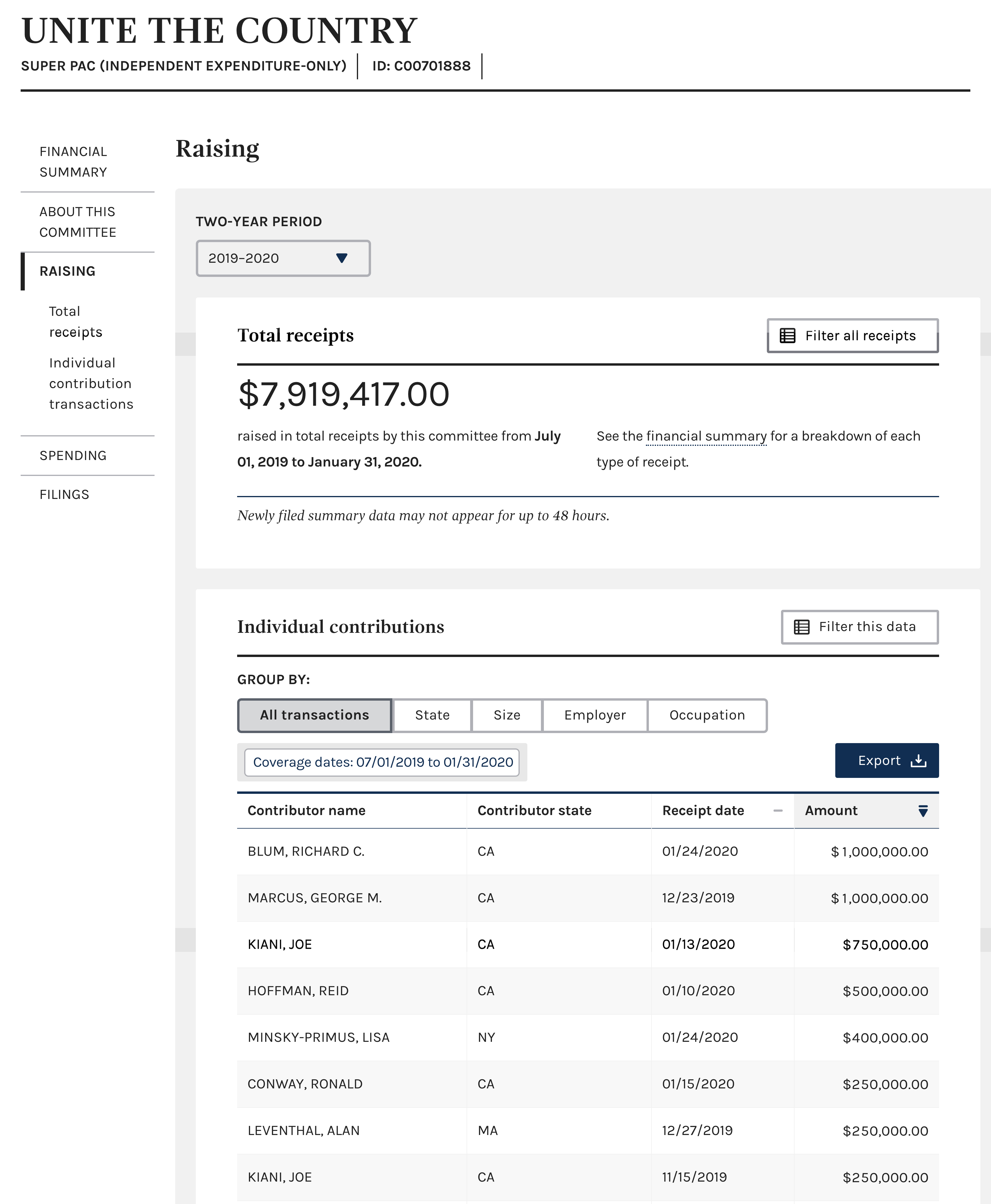 Biden revived his presidential-bid from life-support with a resounding 29 point win over Bernie Sanders in Saturday’s South Carolina primary.

But after flailing in the first three contests — Iowa, New Hampshire and Nevada — the former Vice-President’s campaign has reportedly been running on financial fumes.

The race to become the Democratic-nominee for president is consolidating, post South Carolina, to a Sanders-Biden match-up — after Mayor Pete Buttigieg and billionaire Tom Steyer dropped out. Mayor Mike Bloomberg, who entered the race late, will be on the ballot for the first-time on Super Tuesday, though its not clear if he’ll shift dynamics between the front-runners.

To capture Sanders, who now leads Biden in the delegate count by, Biden will need to close the fundraising gap between himself and the Vermont Senator, who doesn’t accept super Pac funds and has raised a large portion of his total $126 million presidential fundraising haul to date from small contributions by individual donors. 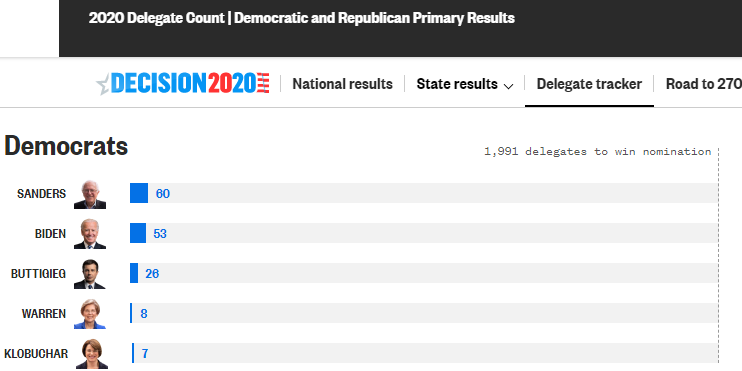 For Democrats, fundraising is a big focus of campaign efforts in uncontested states (like New York and California) where they are nearly certain to win in the general-election. Areas with affluent residents, such as the Bay Area and Manhattan, have served as piggy-banks for tapping wealthy donors.

But a fundraising push by Biden and surrogates in Silicon Valley could further expose a political rift within big tech: that of founders and senior executives favoring a moderate candidate, while rank-and file workers “feel the Bern” on campaign donations.

FEC data and analysis by and the LA Times and the Center for Responsive Politics indicate Bernie Sanders has substantially outperformed all candidates in raising small-donations from workers in tech companies. By Times reporting, Sanders has raised, $1 million, or nearly four-times as much as Biden, in small donations from employees at Google, Amazon, Apple, Microsoft, and Facebook.

This preference divide within big-tech could align with the differences in each candidate’s policy platforms. Biden’s positions are generally milder on initiatives to police and potentially split up big-tech companies, such as Facebook.

Sanders has been vocal about driving policies that address-the pay gap across major tech companies and has called for breaking up Facebook and Amazon.

Founders and tech-workers in California will have a non-monetary option to express their preferences in voting booths tomorrow — as the Golden State is one of 13 in the super Tuesday primary contest, which rolls into more primaries, more fundraising and a decision on the 2020 presidential nominee at the Democratic National Convention in Milwaukee this July.