Kansas City wide receiver Tyreek Hill exposed Sherman early in the game. On first-and-10 with the ball on San Francisco’s 36, Chiefs quarterback Patrick Mahomes hit Cheetah with Sherman on his tail. But instead of getting wrapped up, Hill dropped Sherman on the fake and jolted forward for an extra few yards.

Then, with the 49ers trailing by four with 3:44 remaining in the game, Kansas City wide receiver Sammy Watkins danced Sherman right out of his cleats and left him in the dust for a 38-yard catch. The reception put the Chiefs in the red zone and in prime position to put the game out of reach for San Francisco.

And, three snaps later, they did just that. Quarterback and eventual Super Bowl LIV MVP Patrick Mahomes found running back Damien Williams for a five-yard touchdown pass that stood after an extensive review.

And guess who was covering Williams.

The still of Sherman diving and missing Williams on the goal line is even more damning.

After the game, Sherman acknowledged his disappointing performance with a tweet and promised to “fix that” for the future.

In a tweet sent on January 20 that has since been deleted, Revis accused Sherman of showing “fear of getting beat in man-to-man coverage.”

“Every snap every play,” he wrote. “The fact that he doesn’t travel as a cornerback is lame. Except the challenge as the best and shut Adams down the entire game. Do it for the game of football. Stop hiding a cover 3 zone.”

At the time, Sherman all but ended the discussion by announcing that he couldn’t engage because he had “a Super Bowl to prepare for.”

Revis responded by defending his objectively impressive ninth year in the NFL:

The two cornerbacks exchanged a few more Twitter blows from there before the conversation petered out. But Revis smelled blood in the water once Sherman struggled under the bright lights.

In a tweet that he’s since deleted, Revis simply wrote “Are y’all waiting for the flame?” in a not-so-subtle dig of Sherman’s performance.

After, he retweeted other users’ posts making fun of Sherman.

Difference between new Republicans, Democrats in Congress, in photos

‘Apex Legends’ has already banned thousands of players for cheating 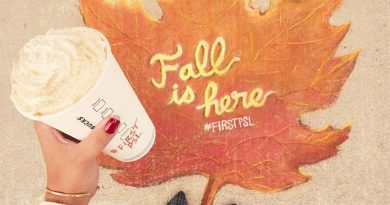