Welcome back to The Station, the go-to newsletter for keeping up-to-date on what the heck is going on in the world of transportation. I’m your host, Kirsten Korosec, senior transportation reporter at TechCrunch.

Portions of the newsletter are published as an article on the main site after it has been emailed to subscribers (that’s what you’re reading now). The Station is emailed every Saturday morning. To get everything, you have to sign up. And it’s free. To subscribe, go to our newsletters page and click on The Station.

We love tips and feedback. Please reach out anytime and tell us what you love and don’t love so much. Email me at kirsten.korosec@techcrunch.com to share thoughts, opinions or tips or send a direct message to @kirstenkorosec.

Shared mopeds might be popular, but that doesn’t mean companies operating these services are guaranteed to succeed. This week, TechCrunch reporter Romain Dillet reported that Coup, a wholly owned subsidiary of Bosch that operates an electric moped scooter-sharing service in Berlin, Paris and Madrid, is shutting down.

The closure might surprise some, considering Coup has brand recognition and, according to the company a loyal customer base that uses its services. That’s not enough to be a profitable enterprise. Coup said that operating the service is “economically unsustainable” in the long term.

Meanwhile, TechCrunch reporter Manish Singh learned from two sources familiar with the deal that Bangalore-based startup Bounce has raised about $150 million as part of an ongoing financing round led by existing investors Eduardo Saverin’s B Capital and Accel Partners India. Bounce, formerly known as Metro Bikes, operates more than 17,000 electric and gasoline scooters in three dozen cities in India.

The new round values the startup “well over $500 million,” the people said, requesting anonymity. This is a significant increase since the year-old startup’s Series C financing round, which closed in June, when it was worth a little more than $200 million.

Bounce, which is known for its cheap rental costs, along with competitors Vugo and Yulu are trying to carve market share away from ride-hailing companies like Uber . The big attraction isn’t necessarily price either. Traffic congestion is prompting people to turn to two wheels as well, giving Bounce and others a boost.

Subscriptions are so hot right now

Remember Canoo, the Los Angeles startup that revealed a minibus-type electric vehicle a few months back? We have an update. In short, the company’s rapid ramp continues to accelerate despite some legal headwinds.

Canoo is taking an interesting approach to EVs. It aims to offer a “subscription only” electric vehicle in the U.S. and China.

Now, the company is beta testing its EV on public roads. Canoo tells me that its focus is to validate the powertrain, steer-by-wire system, battery, chassis and body structure.

Canoo is building a fleet of more than 30 beta vehicles for various types of testing. The bulk of the beta testing is expected to take place over the next six months in various locations, including near Canoo’s Torrance, California headquarters, Toyota’s Arizona proving grounds and on public roads in Ohio. 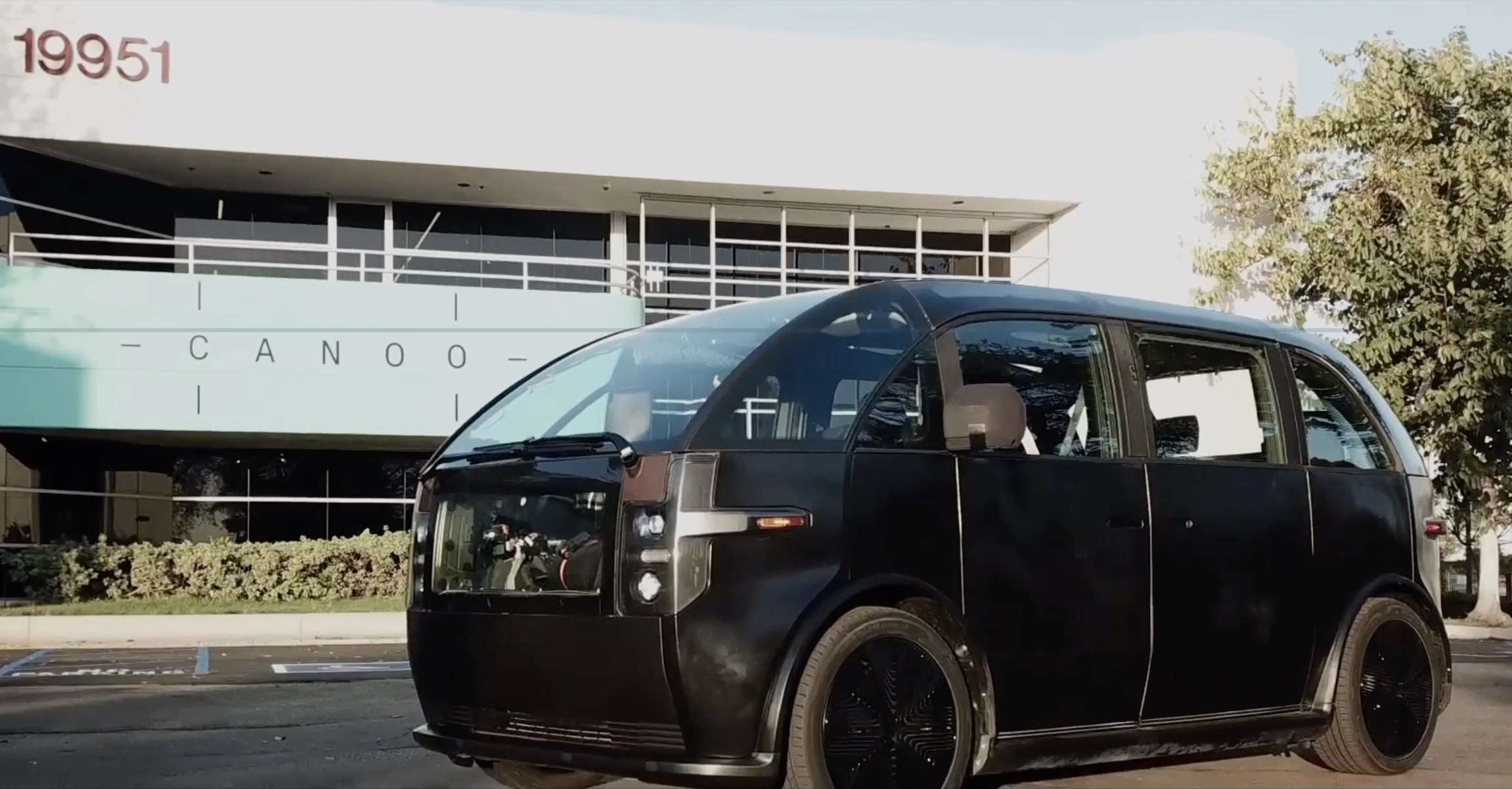 Automakers including Audi, Porsche and Volkswagen have been testing subscription programs with mixed success. Now, one failed pilot is coming back.

“We learned a lot from the first pilot… first, it verified that there is no longer a one-size-fits-all solution to personal transportation,” Wahl said at the event. “Second, we learned that the BOOK model is enormously effective as a conquest mechanism: 70% of Book subscribers were new to Cadillac.”

We hear a lot. But we’re not selfish. Let’s share.

Samsung appears to be yet another company stepping back from a pursuit of full autonomy and refocusing efforts and investments towards advanced driver assistance technology. At least for now.

Several years ago, Samsung was all in on autonomous vehicle technology.  At CES in 2018, the company introduced its new Samsung DRVLINE platform — an “open, modular, and scalable hardware and software-based platform for the autonomous driving market. But Samsung is changing up its strategy.

The DRVLINE/Smart Machines team based out of its Samsung Strategy and Innovation Center has been shuttered, a source with direct knowledge of the events told me. This move also includes closing offices in Germany.

The U.S. Federal Communications Commission is keen to change how the 5.9 GHz band is used and that matters for connected car technology and the eventual deployment of autonomous vehicles.

For the unfamiliar, the 5.9 GHz band has been reserved for the past two decades to be used by the Dedicated Short Range Communications, a service in the Intelligent Transportation System that was designed to enable vehicle communication. (ITS is a joint operation that overlaps five offices under the Department of Transportation.)

In the FCC’s view, the DSRC service has evolved slowly and has not been widely deployed. The commission issued this month a Notice of Proposed Rulemaking to take, what it calls “a fresh and comprehensive look” at the 5.9 GHz band rules and propose changes to how the spectrum is used.

The upshot: the FCC wants to carve up the band. The commission proposed dedicating the upper 30 megahertz of the 5.9 GHz band to meet current and future needs for transportation and vehicle safety-related communications, while repurposing the lower 45 megahertz of the band for unlicensed operations like Wi-Fi.

Perhaps the most interesting piece of this proposed change is the FCC’s views on DSRC and what sounds like a strong endorsement for Cellular Vehicle to Everything (C-V2X). The FCC wants to revise the rules and give C-V2X the upper 20 megahertz of the band reserved for vehicle communications. The commission plans to seek comment on whether this segment of the spectrum should be reserved for DSRC or C-V2X systems.

C-V2X, which the 5G Automotive Association supports, would use standard cellular protocols to provide direct communications between vehicles as well as infrastructure like traffic signals. But here’s the thing. C-V2X is incompatible with DSRC-based operations.

It’s pretty clear which way the FCC is leaning. In a speech Nov. 20, FCC Chairman Ajit Pai said he believes the government “should encourage the expansion and evolution of this new vehicle-safety technology.” Pai insists that the FCC is not “closing the door” on DSRC, but instead allowing for both.

Quip raises another $40 million for dental care products and services