Apple Arcade seems purpose-built to make room in the market for beautiful, sad, weird, moving, slow, clever and heartfelt. All things that the action, shooter and MOBA-driven major market of games has done nothing to foster over the last decade.

I had a chance to play a bunch of the titles coming to Apple Arcade, which launched today in a surprise move for some early testers of iOS 13. Nearly every game I played was fun, all were gorgeous and some were really, really great.

A few I really enjoyed, in no particular order: 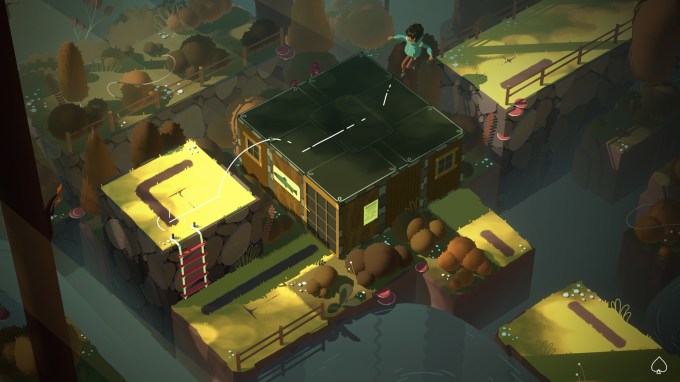 Where Cards Fall — A Snowman game from Sam Rosenthal. A beautiful game with a clever card-based mechanic that allows room for story moments and a ramping difficulty level that should be fantastic for short play sessions. Shades of Monument Valley, of course, in its puzzle + story interleave and in its willingness to get super emotional about things right away. More of this in gaming! Super satisfying gameplay and crisp animations abound. 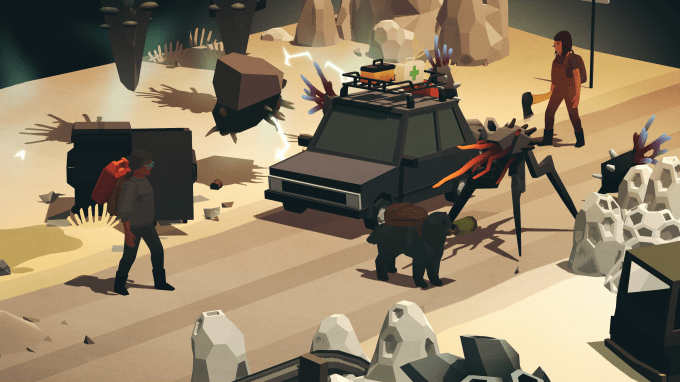 Overland — Finji — Overland is one of my most anticipated games from the bunch, I’ve been following the development of this game from the Night in the Woods and Canabalt creators for a long time. It does not disappoint, with a stylized but somehow hyper-realized post apocalyptic turn-based system that transmits urgency through economy of movement. Every act you take counts. Given that it’s a roguelike, the story is told through the world rather than through an individual character’s narrative and the world does a great job of it. 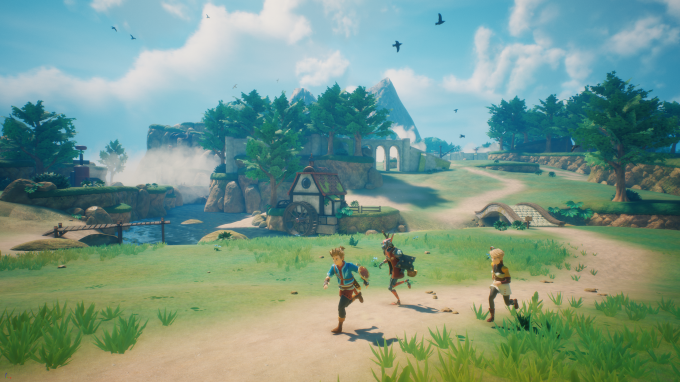 Oceanhorn 2 — Cornfox & Brothers — The closest to a native Zelda you’ll get on iOS — this plays great on a controller. Do yourself a favor and try it that way. 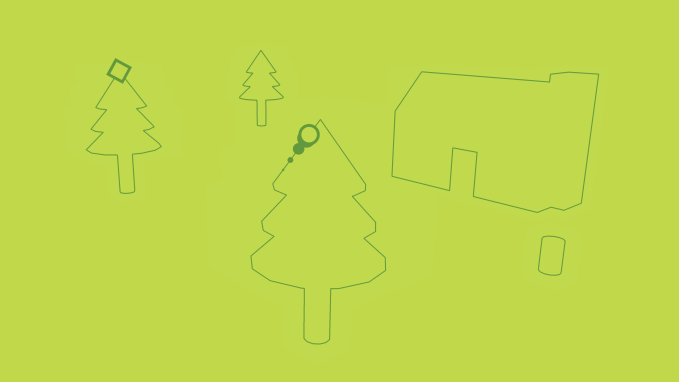 Spek — RAC7 — One of those puzzle games people will plow through, it makes the mechanics simple to understand, then begins to really push and prod at your mastery of them over time. The AR component of the app seems like it will be a better party game than solo experience, but the effects used here are great and it really plays with distance and perspective in a way that an AR game should. A good totem for the genre going forward.

I was able to play several of the games across all three platforms, including Apple TV with an Xbox controller, iPhone and iPad. While some favored controller (Skate City) and others touch controls (Super Impossible Road), all felt like I could play them either way without much difficulty.

There are also some surprises in the initial batch of games, like Lego Brawls — a Smash Brothers clone that will be a big hit for car rides and get-togethers, I think.

My hope is that the Apple Arcade advantage, an aggressive $4.99 price and prime placement in the App Store, may help create an umbrella of sorts for games that don’t fit the “big opening weekend” revenue mold, and I hope Apple leans into that. I know that there may be action-oriented and big-name titles in the package now and in the future, and that’s fine. But there are many kinds of games out there that are fantastic, but “minor” in the grand scheme of things, and having a place that could create sustainability in the market for these gems is a great thing.

The financial terms were not disclosed by Apple, but many of the developers appear to have gotten upfront money to make games for the platform and, doubtless, there is a rev share on some sort of basis, probably usage or installs. Whatever it is, I hope the focus is on sustainability, but the people responsible for Arcade inside Apple are making all the right noises about that, so I have hope.

I am especially glad that Apple is being aggressive with the pricing and with the restrictions it has set for the store, including no in-app purchases or ads. This creates an environment where a parent (ratings permitting) can be confident that a kid playing games from the Arcade tab will not be besieged with casino ads in the middle of their puzzle game.

There is, however, a general irony in the fact that Apple had to create Apple Arcade because of the proliferation of loot box/currency/in-app purchase revenue models. An economy driven by the App Store’s overall depressive effect on the price of games and the decade long acclimation people have had to spending less and less, down to free, for games and apps on the store.

By bundling them into a subscription, Apple sidesteps the individual purchase barrier that it has had a big hand in creating in the first place. While I don’t think it is fully to blame — plenty of other platforms aggressively promote loot box mechanics — a big chunk of the responsibility to fix this distortion does rest on Apple. Apple Arcade is a great stab at that and I hope that the early titles are an indicator of the overall variety and quality that we can expect.

Analogue takes on the TurboGrafx-16 with its Duo retro console