Bird has positive unit economics, CEO Travis VanderZanden said Friday in fiery response to a report from The Information that the scooter startup was seeking $300 million in new funding, had lost nearly $100 million and saw its revenue shrink to about $15 million

VanderZanden did not disclose Bird’s revenue. However, in a series of tweets the CEO argued that the company was making money on every ride.

Bird makes $1.27 on every ride on its Bird Zero scooters, which accounts for more than 75 percent of its fleet, VanderZanden said.

That figure is notable — and yet it doesn’t provide the whole picture. Based on one of the images VanderZanden tweeted, it seems that figure is based on a period of four weeks in the summer, when scooter ridership is likely higher.

He also tweeted that the company’s run rate is four times higher from this time last year. Though, the chart he tweeted was missing the Y axis. 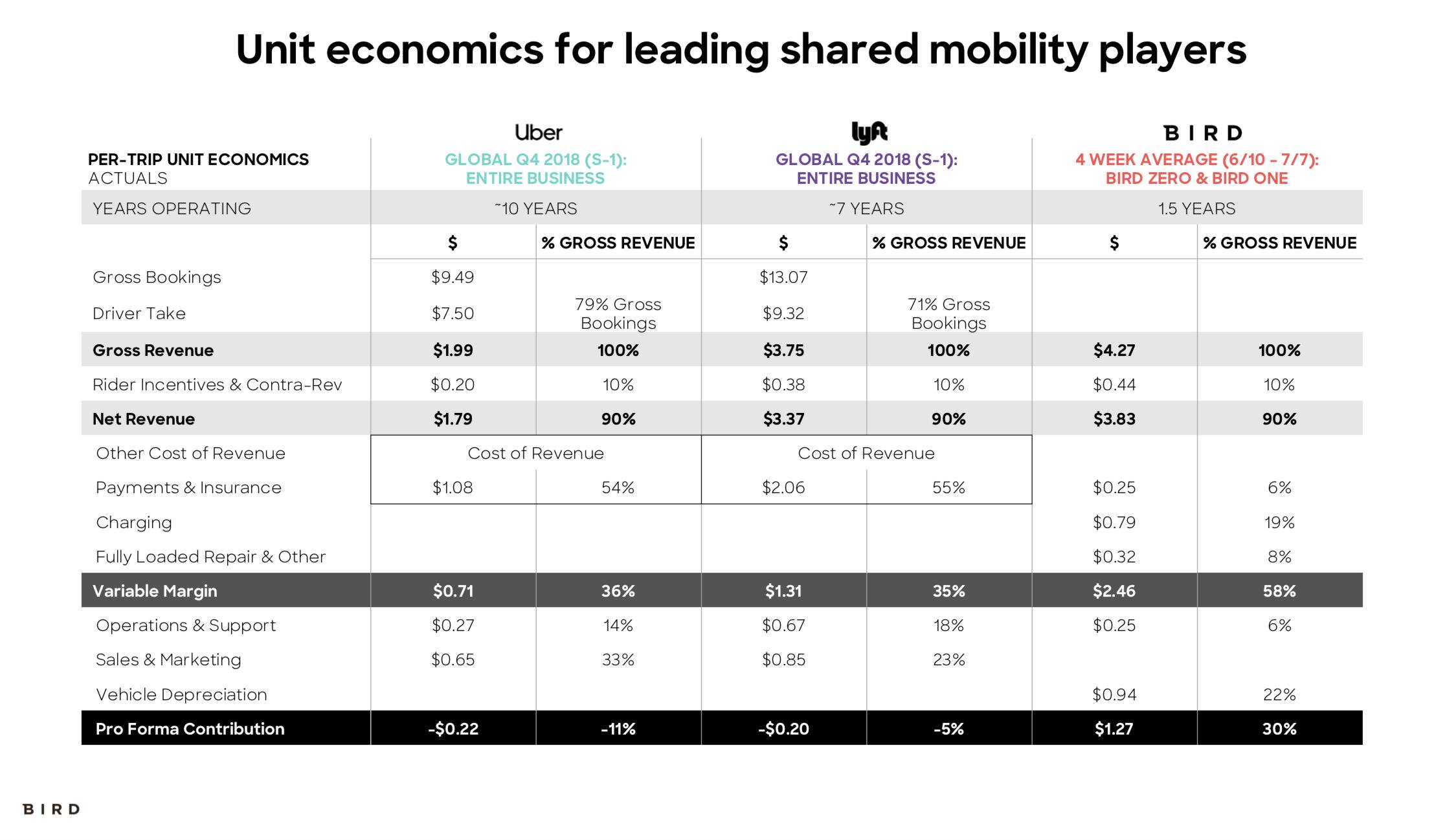 Bird introduced Bird Zero, its custom scooter model that is designed to be more durable and therefore last longer, first launched in October.

In May, Bird unveiled the Bird One, which features a battery designed to last twice as long, cover a longer range and last more than 4x longer in the shared space.

3/ Bird is now making $1.27 on every ride on the Bird Zero scooters, which is over 75% of our fleet. Yes, this includes charging, repair, all other local ops, and the cost of the vehicle (depreciation). pic.twitter.com/hTN6LkaBeG

VanderZanden pushed back on other elements of The Information’s report, noting that the $100 million figure “was a one-time accounting write-off from old retail scooters b/c our original depreciation window was too long.”

The promise and challenge of Roblox’s future in China