Stocks took a breather after a strong start to the second quarter yesterday.

The major stock indexes are up between 12.2 percent and 18.3 percent this year and within spitting distance of their all-time highs, which were set last fall. The S&P 500 index was flat today while the Nasdaq Composite was up 0.25 percent. A 12.8 percent plunge by Walgreens Boots Alliance shares left the Dow index down 0.3 percent.

The Entrepreneur Index™ was up 0.17 percent today with Wynn Resorts once again posting the biggest gain among the sixty stocks.

Casino operator Wynn Resorts, up 4.4 percent today, has been drafting off the remarkably resilient Chinese gambling community. Gaming revenues in Macau, where Wynn operates three casinos, have been consistently stronger than expected over the last tumultuous year in Chinese financial markets. A better than expected March reported yesterday lifted Wynn by 8.4 percent.

The Massachusetts Gaming Commission also released a report today accusing the company of not adequately addressing charges of sexual misconduct against founder and former CEO Steve Wynn, who left the company last year. The report findings were anticipated and Union Gaming analyst John DeCree said he expected the company to retain its gaming license in the state and proceed with plans to build a $2.6 billion casino there. He raised his price target on the stock to $165 from a current $135.

The technology sector was mixed today with gains and losses generally modest. Facebook was the exception. Shares in the social media giant were up 3.26 percent after Deutsche Bank analyst Lloyd Walmsley reaffirmed a buy rating on the stock and suggested that the company has a $10 billion ecommerce revenue opportunity on the Instagram platform. He raised his price target on the stock to $200. It currently trades at $174 and is up 32.9 percent so far this year.

Retailer Costco Wholesale Group had the biggest decline on the Entrepreneur Index™ today, falling 1.51 percent. The company blew away estimates with second quarter financial results reported last month. The stock is up 18.1 percent this year and 31.6 percent in the last twelve months.

The Entrepreneur Index™ collects the top 60 publicly traded companies founded and run by entrepreneurs. The entrepreneurial spirit is a valuable asset for any business, and this index recognizes its importance, no matter how much a company has grown. These inspirational businesses can be tracked in real time on Entrepreneur.com. 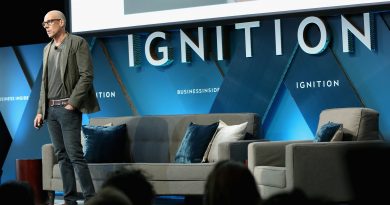 How to get the most out of Reminders, the best application made by Apple that's also totally free (AAPL) 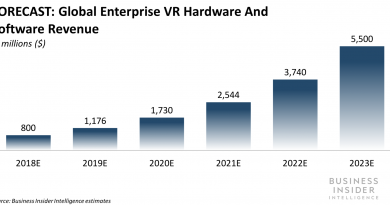