With a new gig as one of NBC’s late-night talk show hosts, the comedian and content creator is ready to tackle traditional media.

This story appears in the
March 2019
issue of
Entrepreneur. Subscribe »

Since 2010, Lilly Singh has been lovingly known to fans as Superwoman — a moniker she has more than earned after amassing 14 million YouTube subscribers, producing and starring in a live world tour, and writing a best-selling book. The actress and comedian catapulted to YouTube fame with her observational videos that tackle everyday life, and as her own celebrity grew, she started attracting top talent as collaborators: Dwayne Johnson, Priyanka Chopra, and Selena Gomez have all appeared on her channel.

Now the 30-year-old is making plans for the next phase of her career and kicking it off a major project: Taking over Carson Daly’s late-night time slot on NBC and launching her own talk show, A Little Late With Lilly Singh. Launching in September, the show will be produced by Universal TV and Singh’s own production company, Unicorn Island. The Indian-Canadian performer will also make her mark as the only female host on any of the four major networks’ late-night lineup. It’s all part of Singh’s larger plan and vision for her career: she’s taking a closer look at her professional path, investing in her team, and shooting squarely for the traditional media world.

You started your YouTube channel in 2010, and over the past nine years, it’s grown into an entertainment empire. When did you realize this could be a sustainable career?

Even after I reached a million subscribers, I was like, This is just a fluke! I’m sure this is just luck! I was the last person to really believe this was a career path. It wasn’t until I did an international gig in India, appearing there as part of YouTube’s FanFest. Seeing the audience reaction there, understanding how many people knew me there, it was a major realization: Oh my God; the internet works! Seeing people in a different country, across the world, relate to my content and interact with my business was really eye-opening.

Once you processed that, did it change how you thought about projects?

I realized my worldwide appeal more than ever, so I really made sure that my content was more universal and relatable no matter where someone lived and no matter what their environment was. And from a brand partnership perspective, I realized I had a responsibility to be selective about the brands I work with. My audience is diverse; I didn’t want to create content through partnerships that excluded anyone.

How transparent are you with your audience about those decisions?

Transparency is everything in this business. My fans feel like they know me, feel like I’m accessible to them — they come up to me on the street if they see me, treat me like their big sister — so my relationship with them is all about authenticity. And if I partner with a brand I’ve never talked about before and start preaching about their product, my audience will know it’s not authentic. And if I make a mistake — just as a person, or through a partnership — ­I try to practice what I preach and admit it. No one is perfect. We’re all growing, we’re all learning. It’s a new culture of doing business as a human, not as a corporation.

In December, you spoke out about gender equality on YouTube after Forbes published its annual list of the top 10 earners on the platform, all of whom were male for the first time in years. Why do you think that is?

I’m super proud of YouTube and the digital community because I think we’re actually great examples of equality, and I think traditional Hollywood could learn from us. That’s why I was so shocked to see that the top earners were all male. And all those men deserve it — they’re earning it! But it just leads to the question of why? Is it that people don’t feel female content is as universal? Are they not as willing to watch it? Do brands want to work with men more? I don’t have the answers, but I’d like to ask those types of questions.

Related: How Birchbox CEO Katia Beauchamp Evolved Along With Her Brand

Where do those kinds of conversations need to take place?

Well, I made the error of believing that Twitter was the right platform for that conversation — and it is not. It’s a layered conversation, and it can’t be reduced to x amount of characters, and I take responsibility for that. But we should be having these conversations on panels, at conferences. I’ve had several sit-downs on gender equality with the heads of YouTube. Those are the outlets where change and action happen.

You began by posting videos you recorded at home. But you’ve since gone on a world tour, written a book, launched an apparel line, and started a social campaign to support girls and their education. How have you built a team to support these projects?

A lot of digital creators feel like they have to do everything themselves. It’s the nature of our business. It’s almost a layer of guilt we feel: I’m an entrepreneur, and I must do everything myself! But building a team has been the best, most crucial thing I’ve ever done. And I approach it in a simple way: I want people on my team who are excited about what we do. I’ve learned time and time again that no level of achievement on a résumé can replace passion. You need people who are willing to step out of their comfort zone and learn new things. 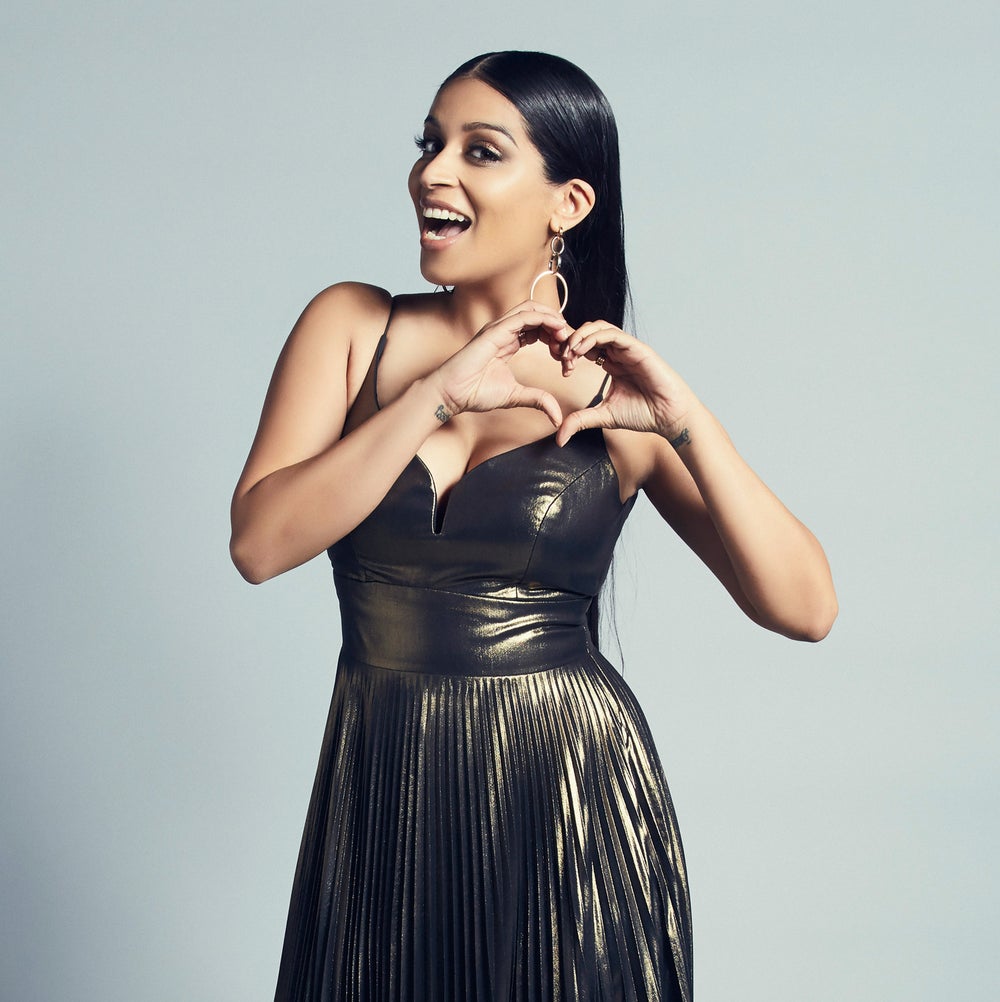 As more opportunities come your way, how do you decide which projects to pursue?

I used to try everything that came my way. Someone asked me to do stand-up, so I did. Someone asked me to write a book, and long-form writing seemed like a new challenge. But now my schedule is not as lenient, so I examine the impact a project will have on myself and others. If it’s meaningful and positive, I’ll consider it. But I don’t have to say yes to everything anymore.

Last fall, you published a video explaining that you were taking a break from posting content for a bit. Why?

I was just mentally not in a good place. I was pushing out content at a crazy rate — there’s this fear that if you don’t publish constantly, you’ll become irrelevant. I love making content and I love YouTube, but too much of anything is not good. So I took a couple of weeks and I didn’t shoot, didn’t write a script, didn’t vlog. I spent hours a day just thinking: about my team, my career, my family. It sounds ridiculous, but I just didn’t have time to do that before. I started writing down my goals, journaling, eating better, and getting more sleep, and it made such a difference.

Do you think it will change how you operate moving forward?

I realized I no longer enjoy being creative on such demand. I know there are deadlines and sometimes you have to make things happen, but the rate I was working at was taking away from the magic of creation. I never want to be in a position where I’m putting out work that I’m not 100 percent proud of. If something about a project doesn’t work for me, I want to take the time to fix it. I’ve earned that.

Was it tough to tell fans you needed a break?

Absolutely. My brain kept telling me I was being weak and lazy. But you can’t be the best creative version of yourself if you’re not the healthiest version of yourself. People questioned my decision to publish a video about it, but I didn’t want my fans to think I ghosted them! Plus, if my story can help someone else or start a conversation about mental health, I’m happy to swallow that pill.

Tell me about why you recently launched a production studio to focus on more long-form content.

It’s called Unicorn Island Productions, and I love it! The goal here was to not only diversify my business but to make premium, longer-form content that won’t necessarily work on YouTube. I want to make things I didn’t have growing up, create stories and characters I didn’t see.

Has it been an adjustment to build something in the world of traditional media?

People are so willing to take risks on YouTube. Now when I’m sitting in pitch meetings for my production studio, there are people I have to pitch, then they pitch their boss, and there’s a whole gang of people who will decide what an audience will like, even what a character will look like. There are a lot of gatekeepers. And that’s different for me, having someone tell me what they think is going to work when I have an audience of 14 million! I’m very tempted to be like, “I know what will work!” But it’s a ladder you have to climb. You’ve got to play the game to change the game. I did that on YouTube, and I will respectfully do the same thing in traditional Hollywood.

Meet Nick Onken, the World Traveler Behind the ‘GQ Style’ Photos of Some of the Biggest Brands, Celebrities, and Entrepreneurs on the Planet

10 Productivity Apps an Entrepreneur Will Use Every Day, Now on Sale During This Labor Day Weekend

Most fun states in America, ranked by entertainment, cost, nightlife