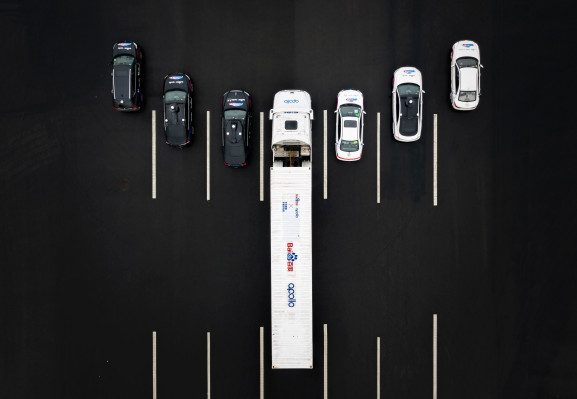 Baidu made several big announcements about Apollo, its open-source autonomous vehicle technology platform, today at CES. The first is the launch of Apollo Enterprise for vehicles that will be put into mass production. The company claims that Apollo is already used by 130 partners around the world. One of its newest partners, Chinese electric vehicle startup WM Motors, plans to deploy level 3 autonomous vehicles by 2021.

Baidu also released Apollo 3.5, the latest version of its platform, which now supports “complex urban and suburban driving environments.” Apollo 3.5 is already used by customers including Udelv, an autonomous delivery van startup that recently partnered with Walmart to test grocery deliveries. Baidu says up to 100 self-driving vehicles based on Apollo 3.5 will be deployed in the San Francisco Bay Area and other regions in the United States.

In China, Baidu plans to launch 100 robo-taxis that will cover 130 miles of city roads in Changsha, the capital city of Hunan province. The robo-taxis will use Baidu’s V2X (i.e. vehicle-to-everything) technology, to enable them to communicate with road infrastructure, like traffic lights.

Study launched into how startups will return to offices — will WFH continue?