The Onion is one of the most successful and enduring comedy brands in the world. Co-Founder, Scott Dikkers, shares how he built the multi-million dollar brand

The Onion is one of the most successful and enduring comedy brands in the world. Their comical news reports parody self-important news outlets and attract millions of website visitors every month. Elon Musk is such a fan, it’s rumored he tried to buy the brand in 2016.

What’s most impressive is how long its been running. It began 30 years ago as a free newspaper run by three students who knew nothing about comedy. Today, it’s home to some of the best comedy minds in the world. The Onion doesn’t simply run ads on the site, they have their own agency — Onion Labs — which helps fuel the multimillion-dollar business.

Scott Dikkers, co-founder of The Onion, is often asked to speak at conferences about how he grew the brand. Interviewed by Entrepreneur.com, Dikkers discusses some of the principles he formulated over the years running The Onion and has written about in his latest book. He believes any founder can use these principles to grow a world-class brand of their own.

It all starts with knowing your mission and chasing it obsessively.

Related: How to Stay True to Your Mission as You Grow Your Empire

The Onion mission is to be the best satirical parody of news media in the world. To do that, they need a constant stream of great ideas. The problem, as Dikkers puts it is “most of the ideas we create are garbage.” Dikkers believes in “quantity to achieve quality”. In other words, produce a lot of ideas and get rid of most of them. In The Onion’s case, nearly all of them.

“Each writer brings 15 to 20 headline ideas to editorial meetings”, says Dikkers. Often the writers have created hundreds of their own before arriving at the meeting. The whole team gather in a room and combine their ideas, pouring over hundreds of headlines. “Only a handful make the cut at this round,” explains Dikkers.

That’s not the end. The team then sets about improving the chosen few headlines. More get dropped in this round. Only the best 20 or 30 will be published. The obsession doesn’t just benefit the brand, it benefits the writer. Dikkers finds that “when you work obsessively, you build skills, and in time you become a master.”

Related: Billionaire Investor Says Follow Your Obsession, Not Your Passion

Dikkers believes in growing fans first and letting the profits follow. To know what they want, he advises “think of fans as friends or future lovers, and figure out how to woo them.” The Onion uses spin-off projects that mock a new style of media to woo new fans.

Over the years there’s been the Onion News Network, a CNN-style parody which aired for two seasons in the 2000s. As Buzzfeed grew in popularity, Clickhole was announced in 2013. This year, following the success of NPR’s Serial, Onion Public Radio released “A Very Fatal Murder,” true crime podcast, complete with fake subscription-box commercials.

The buzz from each project and the awards — The Onion has won Thurber Prize for American Humor and a Peabody — brings legions of new fans. “Whatever brand you’re building, just worry about growing a fan base.” shares Dikkers, knowing it takes time. “Sometimes acorns take more than a fiscal quarter to grow into oak trees.”

When The Onion needed writers in the early days, they would never place job ads. Instead, Dikkers waited for passionate comedy writers to approach him. “They found me, I gave them a chance,” he says. This was a conscious decision, that Dikkers calls “attracting people versus recruiting people.”

One of the most notable examples is Carol Kolb who, prior to joining The Onion, had opened the Madison Museum of Toilet Paper in her apartment in Madison, Wis. The museum ironically showcased thousands of near-identical rolls, complete with descriptions. Kolb was promoted to editor-in-chief of The Onion before moving on to write for award-winning shows, including Brooklyn 99.

Giving passionate comedy writers a shot worked miracles for staffing The Onion on a meager budget. “It showed me early on who’s heart was in it,” Dikkers says. “It’s a hiring system that worked like magic for me.”

Related: How To Attract And Keep the Best Talent

Get out of the way of your people.

Dikkers doesn’t seem to care about much other than producing great comedy. In the early days of The Onion, Dikkers explains that “writers had only one job: attend one weekly meeting, and write one article”. That was it. What they did in the meantime didn’t matter to him.

“Some people would go on alcohol benders and not show up for days,” says Dikkers. Which was fine by him. “The people who really care about the brand keep coming back,” he continued.

If there weren’t enough good ideas, he would write them himself, but that was a rare occurrence. “The more freedom I gave them, the more work they did, and the better they got,” he says.

When your brand relies on high-quality ideas, the last thing you need is somebody fighting for a bad idea, just because it’s theirs.

“Unless I’m stroking the ego of someone who’s done a great job, I want ego eradicated from the office,” Dikkers explains, talking about the system for pitching ideas he devised.

Writers are still not allowed to pitch their own ideas. “We find the person with the most boring voice to read the headlines in a monotone way,” says Scott. A process that’s meant to mimic the toneless experience of reading a headline on a screen. “We used a system of blind voting,” he continues, “if more than 50 percent of the writers’ room vote  ‘yes’, then an idea moves forward.”

Egos are a waste of time to Dikkers. “That time and energy need to be redirected to fuel the brand,” he says. To him, honest feedback is always worth more than an ego boost. Staff should be asking, Dikkers says, “What can we do to sharpen this idea, what can we do to make people fall in love with this more?”

Dikkers’ focus on quality may be obsessive, but it seems to be working.

Outrageous Marketing: The Story of The Onion and How to Build a Brand with No Marketing Budget by Scott Dikkers contains 14 secrets any founder can use to grow their brand and is available to download exclusively from Amazon.com. 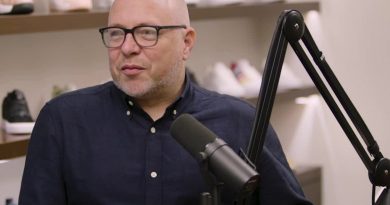 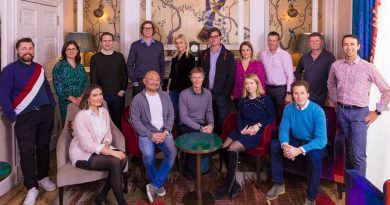