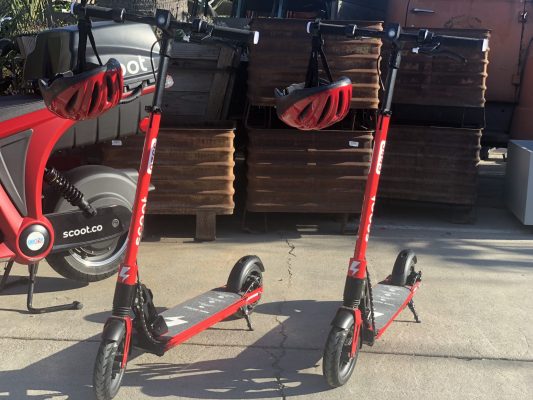 The time has come. Electric scooter sharing services are returning to the streets of San Francisco — this time with explicit permission from the SF Municipal Transportation Agency. On Monday, we’ll see both Skip and Scoot deploy their respective electric scooters throughout the city.

And if you remember what it was like earlier this year, you’ll likely notice that these scooters look different from the ones that were previously scattered throughout the city. In March, a number of electric scooters from Bird, Lime and Spin appeared in San Francisco essentially overnight. That prompted city officials to act quickly, with the SF City Attorney’s office sending cease-and-desist letters, a new city law going into in June restricting electric scooter companies from operating without a permit and, eventually, the SFMTA creating a permitting process.

But the permitting process and the decision that resulted did not sit well with companies like Lime and Lyft, which were not granted permits to operate electric scooter services in San Francisco. Toward the end of this week, Lime made clear its intentions to seek to block the deployment of scooters on Monday. A judge, however, denied Lime’s request for the temporary restraining order. Lyft had also petitioned SF Mayor London Breed, asking her to take a look at the SFMTA’s decision. Despite Lyft and Lime’s efforts, the great electric scooter rollout of 2018 is still happening on Monday.

Ahead of the official launch, TechCrunch chatted with Scoot CEO Michael Keating and Skip CEO Sanjay Dastoor about their respective rollouts of 625 electric scooters. 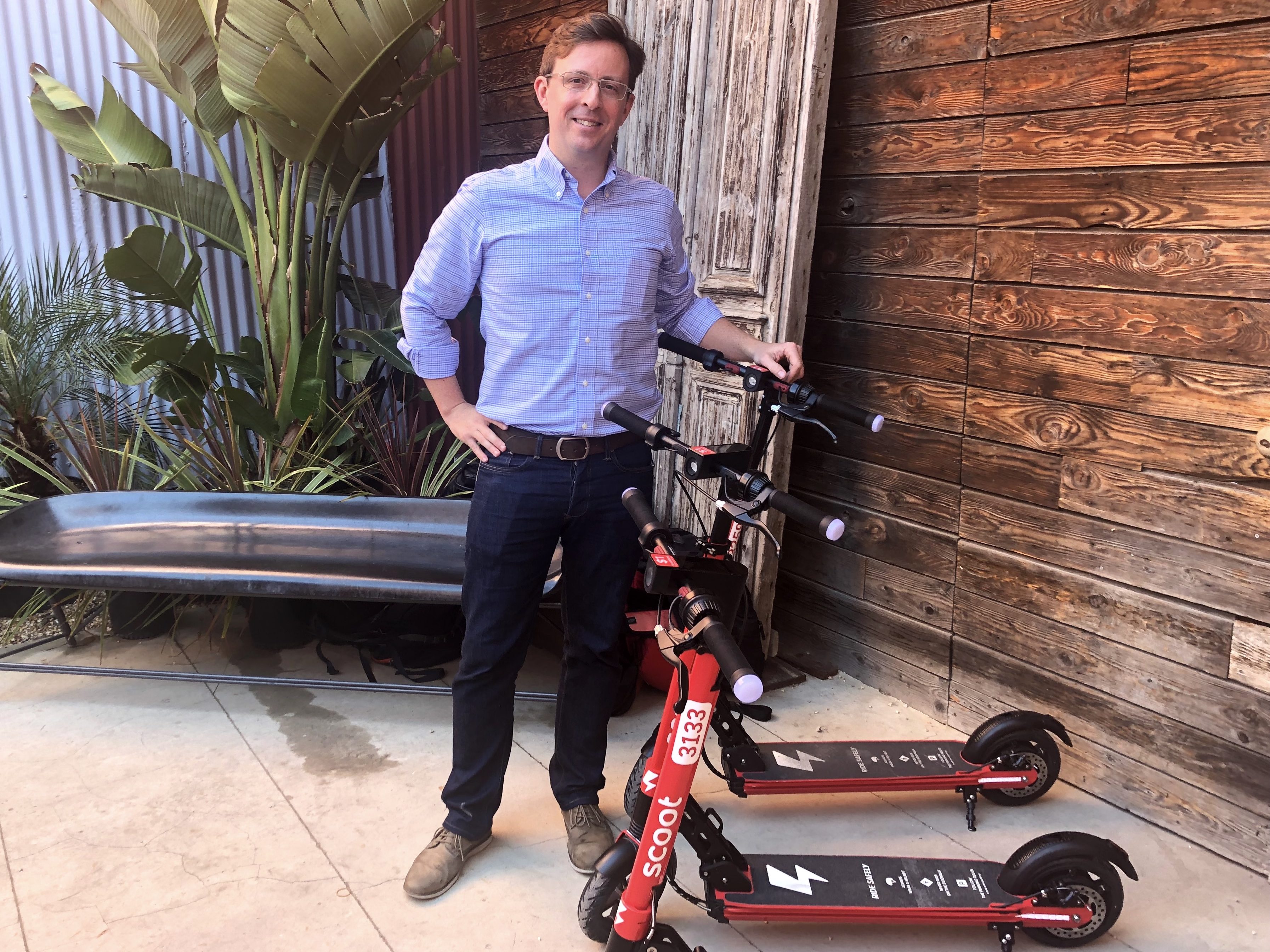 Given the number of scooters Scoot is allowed to deploy, the company chose a relatively concentrated area in which to deploy them, Keating told me. Another consideration for location deployment came down to the number of hills in the area since “it’s not really a San Francisco hill-climbing machine,” as well as ensuring it’s serving an area that’s traditionally underserved. And that’s how it landed on the Bayview, where Scoot hosted a media event on Friday.

“Part of the reason we’re here is that we teamed up with this group called the Renaissance Entrepreneurship Center,” Keating said.

Renaissance Entrepreneurship Center, which has been around for 33 years, helps entrepreneurs start and grow their businesses.

“The thought is we want to hire from the communities that we operate in,” Keating said. “And so we wanted to basically make some connections down here and let folks here know that if they want to work on electric vehicles and be part of that kind of green economy that we’re hiring.” 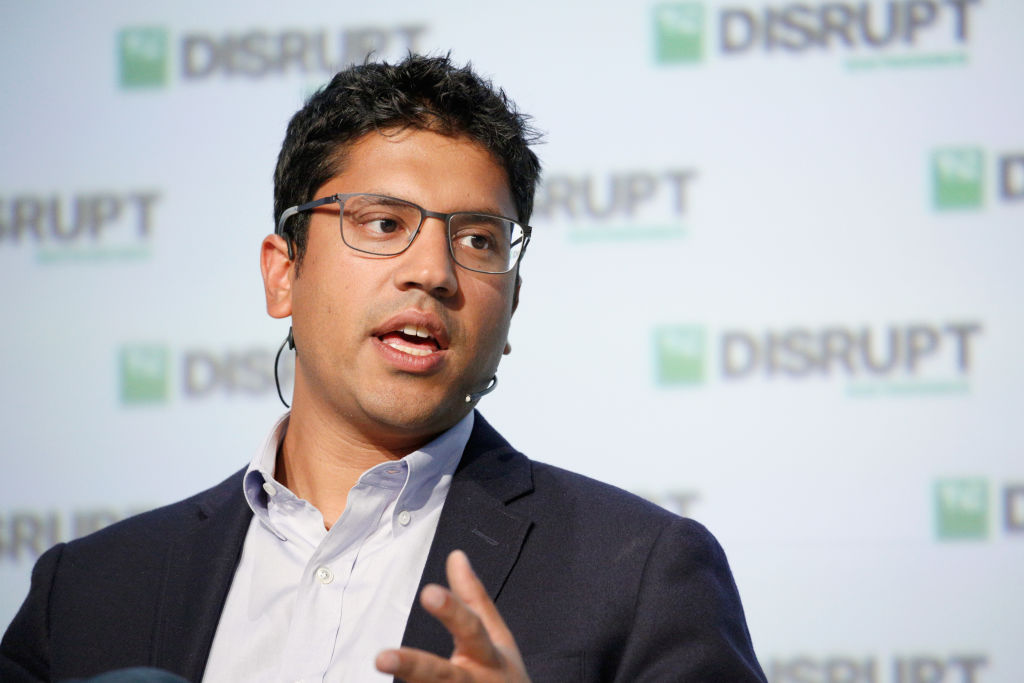 Skip says it’s still finalizing its coverage map with the SFMTA, but that its scooters will cover lots of the Marina, North Beach, Embarcadero through Chinatown, the financial district, South of Market area, as well as the Bayview and Excelsior neighborhoods. Based on demand, Dastoor told me, Skip can adjust some of those deployments.

Over the weekend, Skip is engaging in some community outreach and rider education to ensure people know how to safely ride the scooters. The company is also giving away helmets. 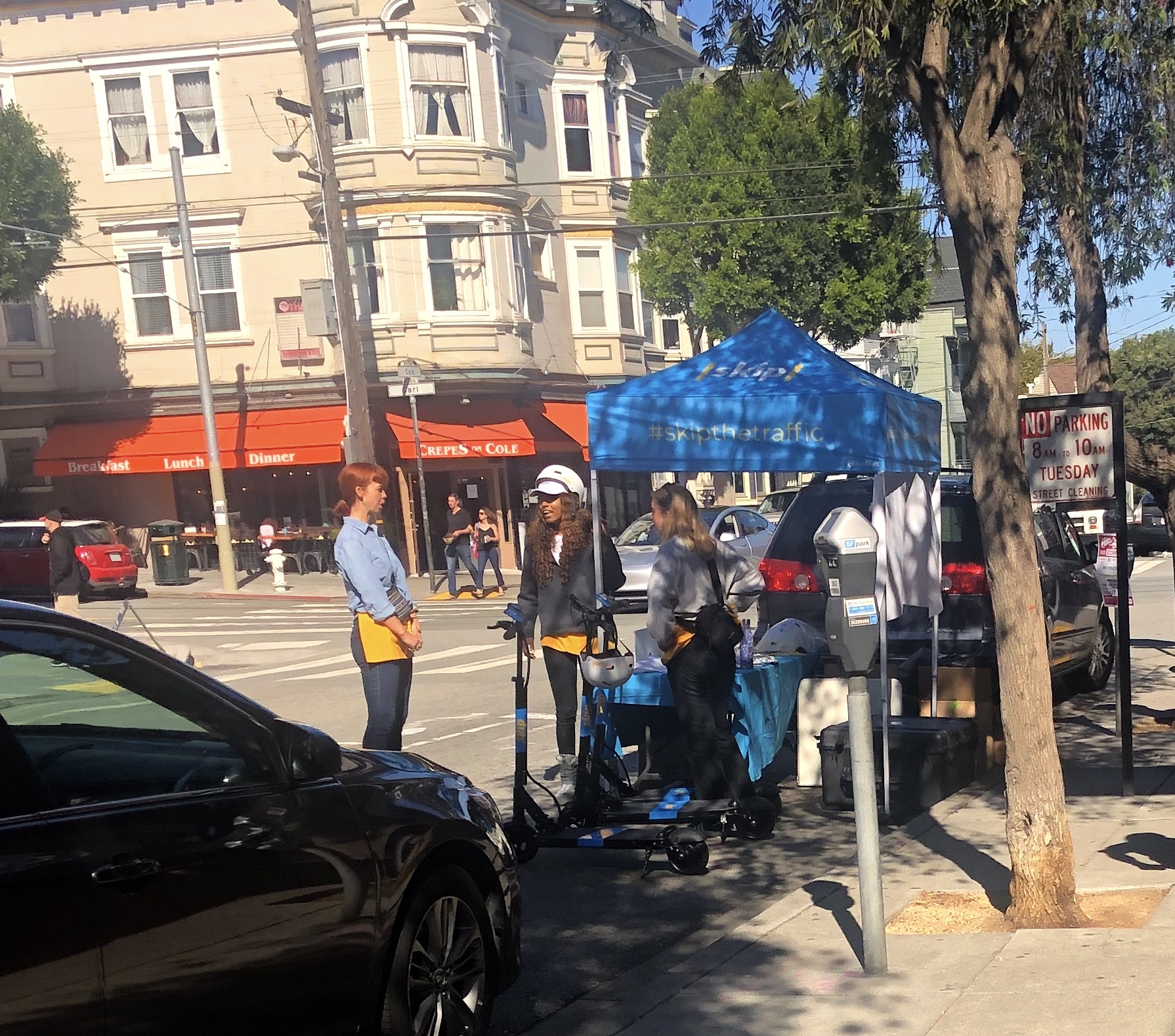 “We’ve seen a very positive response from everyone we’ve spoken to around engaging with the community,” Dastoor said.

San Francisco marks Skip’s third market after first launching in Washington, D.C. and then in Portland. One of Skip’s learnings from D.C., Dastoor said, is that people like to get in touch with the company, whether they’re riders or not.

Scoot, which has operated moped scooters since 2012 in San Francisco, says it started thinking about electric scooters early last year. Given its ongoing relationship with the SFMTA, Keating said he felt pretty confident that his company would be able to operate kick scooters in the city.

“The confidence came from having been the first company to offer shared electric vehicles in this format,” Keating told me.

Even though these kick scooters are different from mopeds, Scoot has experience operating shared, electric vehicles they people walk up to and unlock with their phones.

“And we have been working with the city for a while,” Keating said. “So we kind of know what the city cares about. They care about safety, they care about inclusion, and they care about accountability. And so we, when we wrote our application, we said, ‘Well, we’re bringing all this experience properly maintaining these things,’ which was, frankly, not a strength of the other companies. They’re getting a lot of vehicles on the road, but not keeping them on the road.”

Part of Scoot’s strategy to keep the scooters on the roads entails using swappable batteries. That way, the scooters will remain on the streets instead of needing to rely on 1099 contractors to take them home, charge them overnight and then redeploy them in the morning, Keating said. Skip, however, uses fixed batteries and relies on a mix of its own workers as well as contractors to charge them. 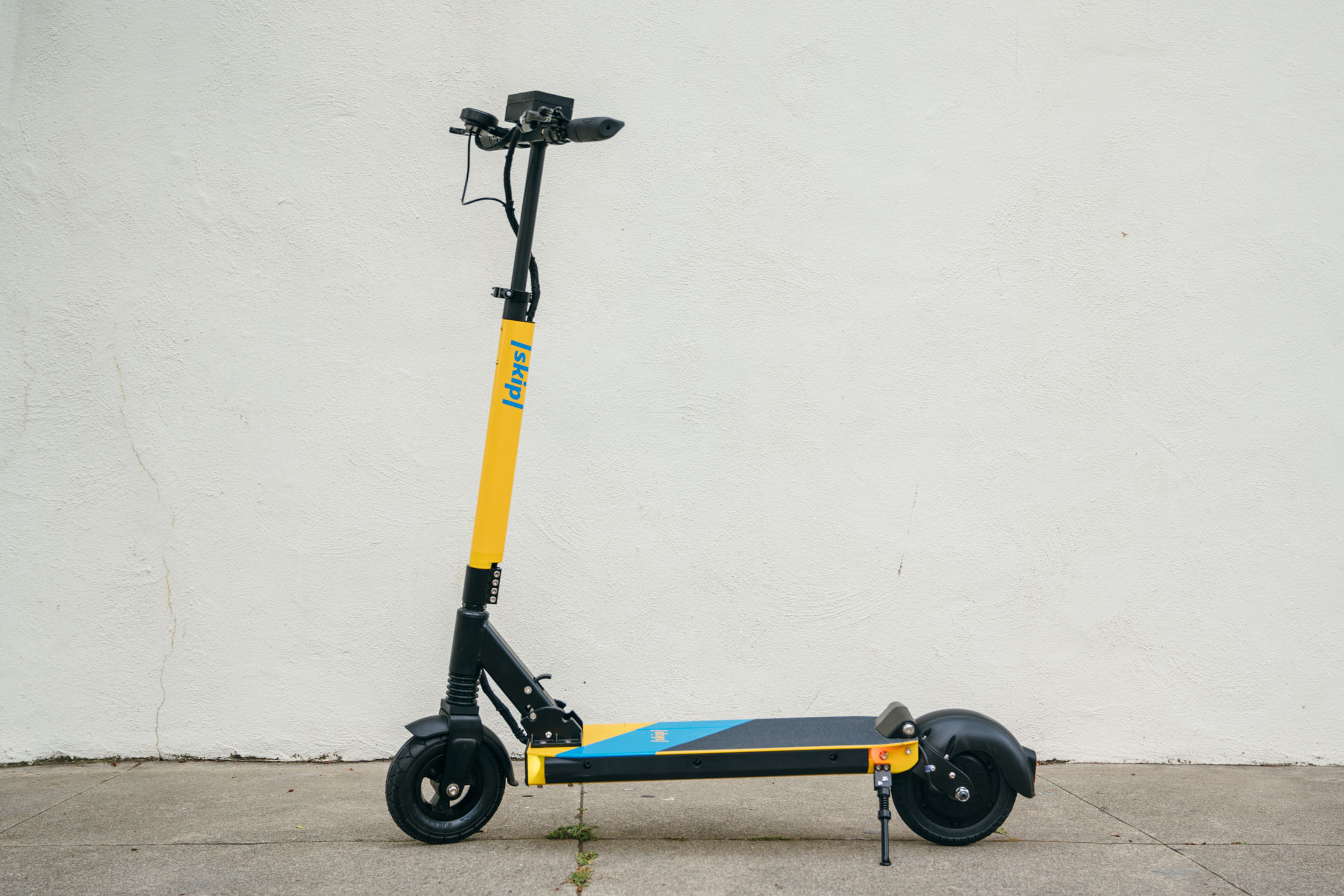 Both Skip and Scoot say they’re working on adding locking systems to their respective scooters. Scoot also says it’s exploring helmet storage on the scooters — similar to what it offers with its mopeds.

Regarding Lime’s efforts to get on the road, Keating said “they’ve been flipping out, is what they’ve been doing.” And pertaining Lime’s rhetoric calling both Skip and Scoot ” less experienced,” Keating said “It’s bullshit,” noting how Scoot has been operating electric vehicles for years. Sure, they’re different, but “we chose something that’s heavier and more expensive and more complicated, but we’re good at it.”

Although Judge Harold E. Kahn rejected Lime’s request for a temporary restraining order, Lime says it was still a win.

“Our goal to file this lawsuit was not about preventing other operators from going forward; it was about exposing the biased and flawed process of the SFMTA,” Lime spokesperson Jack Song told TechCrunch via email. “The Court acknowledged and more hearings to come.”

But even if that changes nothing, there are plenty of other markets up for grabs. Uber, for example, recently launched electric scooters in Santa Monica, Calif. and Lyft launched its own scooters in Denver, Colo. in September. For an overview of all things electric scooters, be sure to check out TechCrunch’s additional coverage below. 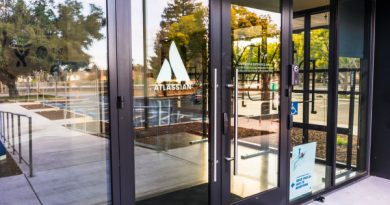 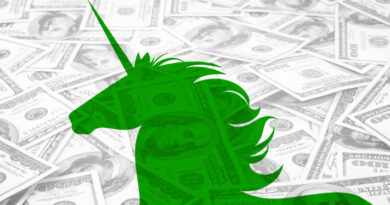 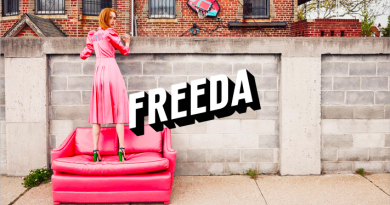 Freeda raises $10 million for its new media brand for women