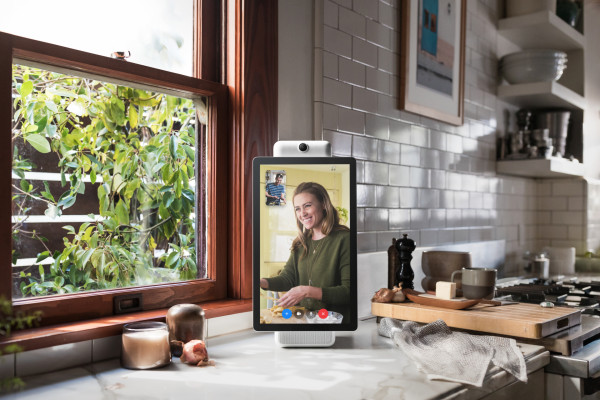 Facebook is making a video camera. The company wants you to take it home, gaze into its single roving-yet-unblinking eye and speak private thoughts to your loved ones into its many-eared panel.

The thing is called Portal and it wants to live on your kitchen counter or in your living room or wherever else you’d like friends and family to remotely hang out with you. Portal adjusts to keep its subject in frame as they move around to enable casual at-home video chat. The device minimizes background noise to boost voice clarity. These tricks are neat but not revelatory.

Sounds useful, though. Everyone you know is on Facebook. Or they were anyway… things are a bit different now.

As many users are looking for ways to compartmentalize or scale back their reliance on Facebook, the company has invited itself into the home. Portal is voice activated, listening for a cue-phrase (in this case “Hey Portal), and leverages Amazon’s Alexa voice commands as well. The problem is that plenty of users are already creeped out enough by Alexa’s always-listening functionality and habit of picking up snippets of conversation from the next room over. It may have the best social graph in the world, but in 2018 people are looking to use Facebook for less — not more.

Facebook reportedly planned to unveil Portal at F8 this year but held the product back due to the Cambridge Analytica scandal, among other scandals. The fact that the company released the devices on the tail end of a major data breach disclosure suggests that the company couldn’t really hold back the product longer without killing it altogether and didn’t see a break in the clouds coming any time soon. Facebook’s Portal is another way for Facebook to blaze a path that its users walk daily to connect to one another. Months after its original intended ship date, the timing still couldn’t be worse.

Over the last eight years Facebook insisted time and time again that it is not and never would be a hardware company. I remember sitting in the second row at a mysterious Menlo Park press event five years ago as reporters muttered that we might at last meet the mythological Facebook phone. Instead, Mark Zuckerberg introduced Graph Search.

It’s hard to overstate just how much better the market timing would have been back in 2013. For privacy advocates, the platform was already on notice, but most users still bobbed in and out of Facebook regularly without much thought. Friends who’d quit Facebook cold turkey were still anomalous. Soul-searching over social media’s inexorable impact on social behavior wasn’t quite casual conversation except among disillusioned tech reporters.

Onion headline-worthy news timing aside, Facebook showed a glimmer of self awareness, promising that Portal was “built with privacy and security in mind.” It makes a few more promises:

“Facebook doesn’t listen to, view, or keep the contents of your Portal video calls. Your Portal conversations stay between you and the people you’re calling. In addition, video calls on Portal are encrypted, so your calls are always secure.”

“For added security, Smart Camera and Smart Sound use AI technology that runs locally on Portal, not on Facebook servers. Portal’s camera doesn’t use facial recognition and doesn’t identify who you are.”

This stuff sounds okay, but it’s standard. And, like any Facebook product testing the waters before turning the ad hose on full-blast, it’s all subject to change. For example, Portal’s camera doesn’t identify who you are, but Facebook commands a powerful facial recognition engine and is known for blurring the boundaries between its major products, a habit that’s likely to worsen with some of the gatekeepers out of the way.

Facebook does not command a standard level of trust. To recover from recent lows, Facebook needs to establish an extraordinary level of trust with users. A fantastic level of trust. Instead, it’s charting new inroads into their lives.

Hardware is hard. Facebook isn’t a hardware maker and its handling of Oculus is the company’s only real trial with the challenges of making, marketing — and securing — something that isn’t a social app. In 2012, Zuckerberg declared that hardware has “always been the wrong strategy” for Facebook. Two years later, Facebook bought Oculus, but that was a bid to own the platform of the future after missing the boat on the early mobile boom — not a signal that Facebook wanted to be a hardware company.

Reminder: Facebook’s entire raison d’être is to extract personal data from its users. For intimate products — video chat, messaging, kitchen-friendly panopticons — it’s best to rely on companies with a business model that is not diametrically opposed to user privacy. Facebook isn’t the only one of those companies (um, hey Google) but Facebook’s products aren’t singular enough to be worth fooling yourself into a surfeit of trust.

Right now, as consumers, we only have so much leverage. A small handful of giant tech companies — Facebook, Apple, Amazon, Google and Microsoft — make products that are ostensibly useful and we decide how useful they are and how much privacy we’re willing to trade to get them. That’s the deal and the deal sucks.

As a consumer it’s worth really sitting with that. Which companies do you trust the least? Why?

It stands to reason that if Facebook cannot reliably secure its flagship product — Facebook itself — then the company should not be trusted with experimental forays into wildly different products, i.e. physical ones. Securing a software platform that serves 2.23 billion users is an extremely challenging task, and adding hardware to that equation just complicates existing concerns.

You don’t have to know the technical ins and outs of security to make secure choices. Trust is leverage — demand that it be earned. If a product doesn’t pass the smell test, trust that feeling. Throw it out. Better yet, don’t invite it onto your kitchen counter to begin with.

If we can’t trust Facebook to safely help us login to websites or share news stories, why should we trust Facebook to move an always-on counter-mounted speaker capable of collecting incredibly sensitive data into our homes? Tl; dr: We shouldn’t! Of course we shouldn’t. But you knew that. 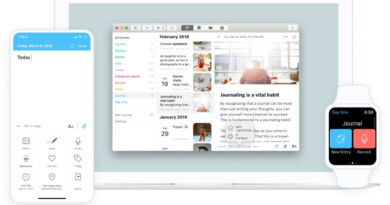 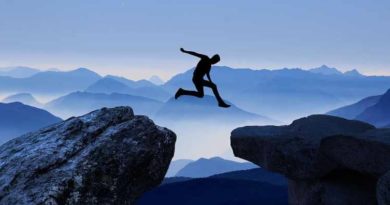 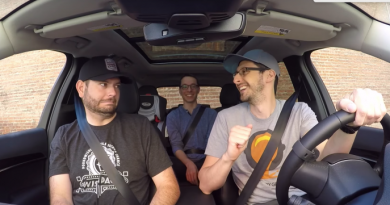