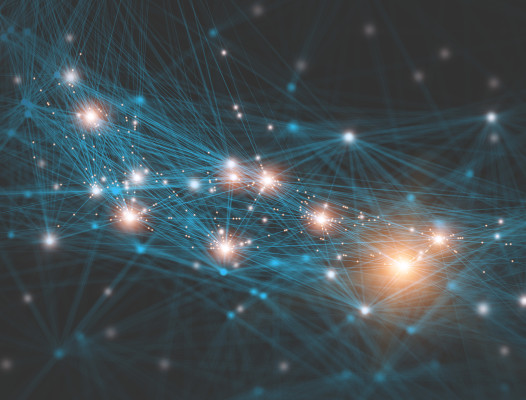 The promise of artificial intelligence is immense, but the roadmap to achieving those goals still remains unclear. Onstage at TechCrunch Disrupt SF, some of AI’s leading minds shared their thoughts on current competition in the market, how to ensure algorithms don’t perpetuate racism and the future of human-machine interaction.

Here are five takeaways on the state of AI from Disrupt SF 2018:

1. U.S. companies will face many obstacles if they look to China for AI expansion 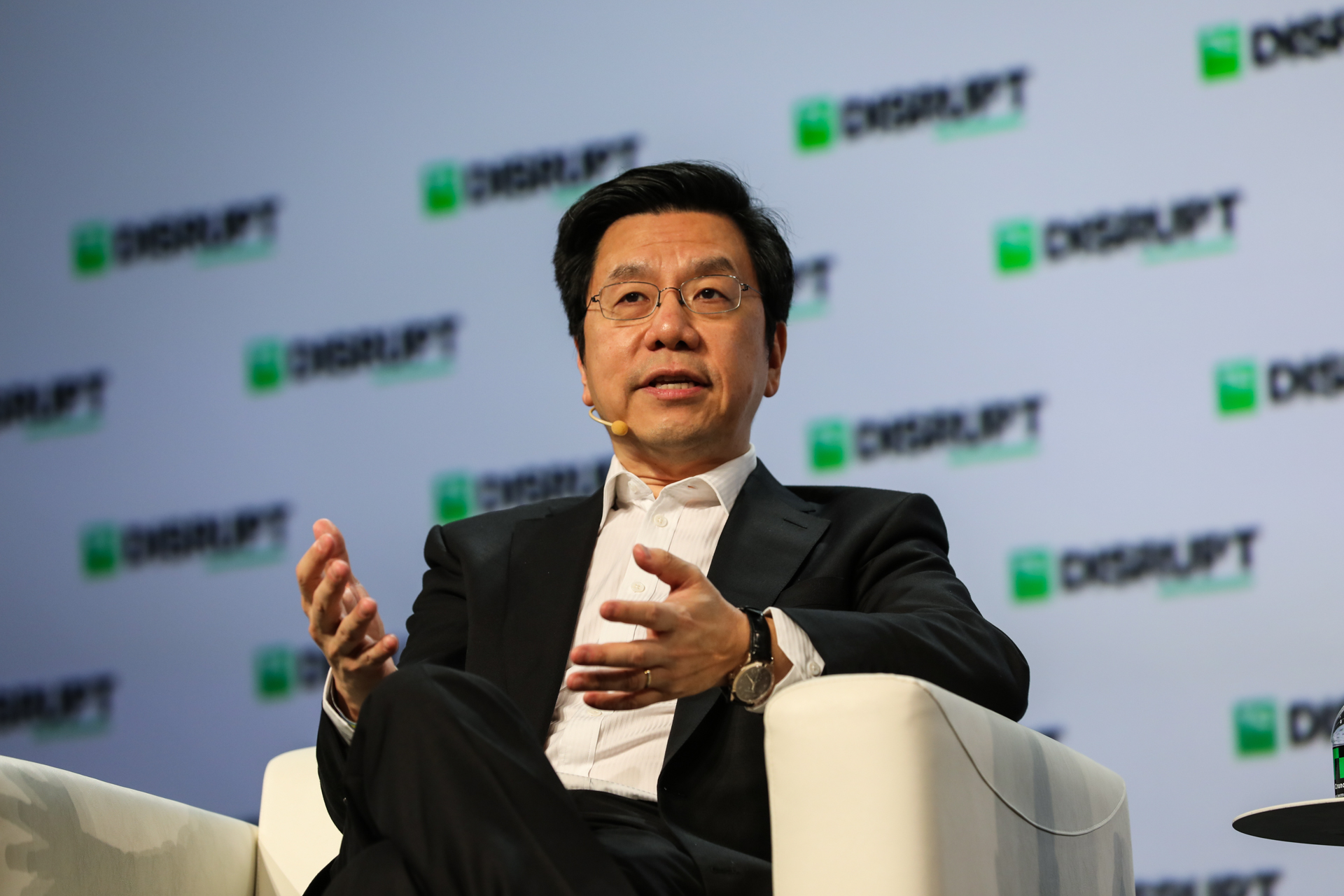 The meteoric rise in China’s focus on AI has been well-documented and has become impossible to ignore these days. With mega companies like Alibaba and Tencent pouring hundreds of millions of dollars into home-grown businesses, American companies are finding less and less room to navigate and expand in China. AI investor and Sinnovation CEO Kai-Fu Lee described China as living in a “parallel universe” to the U.S. when it comes to AI development.

“We should think of it as electricity,” explained Lee, who led Google’s entrance into China. “Thomas Edison and the AI deep learning inventors – who were American – they invented this stuff and then they generously shared it. Now, China, as the largest marketplace with the largest amount of data, is really using AI to find every way to add value to traditional businesses, to internet, to all kinds of spaces.”

“The Chinese entrepreneurial ecosystem is huge so today the most valuable AI companies in computer vision, speech recognition, drones are all Chinese companies.”

2. Bias in AI is a new face on an old problem 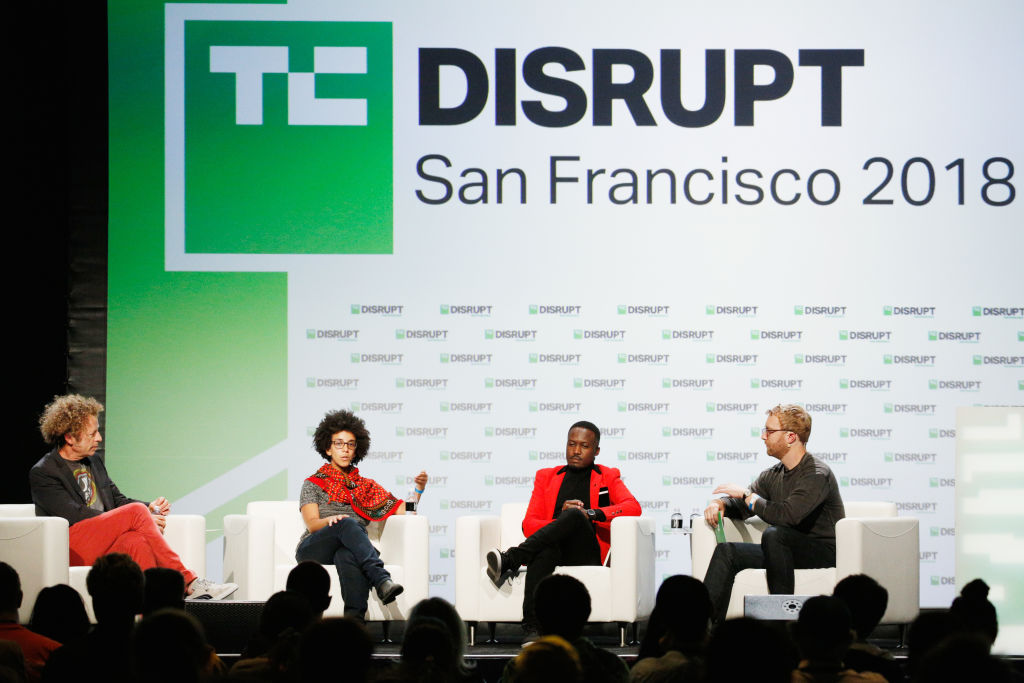 AI promises to increase human productivity and efficiency by taking the grunt work out of many processes. But the data used to train many AI systems often falls victim to the same biases of humans and, if unchecked, can further marginalize communities caught up in systemic issues like income disparity and racism.

“People in lower socio-economic statuses are under more surveillance and go through algorithms more,” said Google AI’s Timnit Gebru. “So if they apply for a job that’s lower status they are likely to go through automated tools. We’re right now in a stage where these algorithms are being used in different places and we’re not event checking if they’re breaking existing laws like the Equal Opportunity Act.”

A potential solution to prevent the spread of toxic algorithms was outlined by UC Berkeley’s Ken Goldberg who cited the concept of ensemble theory, which involves multiple algorithms with various classifiers working together to produce a single result.

We’re right now in a stage where these algorithms are being used in different places and we’re not even checking if they’re breaking existing laws.

But how do we know if the solution to inadequate tech is more tech? Goldberg says this is where having individuals from multiple backgrounds, both in and outside the world of AI, is vital to developing just algorithms. “It’s very relevant to think about both machine intelligence and human intelligence,” explained Goldberg. “Having people with different viewpoints is extremely valuable and I think that’s starting to be recognized by people in business… it’s not because of PR, it’s actually because it will give you better decisions if you get people with different cognitive, diverse viewpoints.”

3. The future of autonomous travel will rely on humans and machines working together 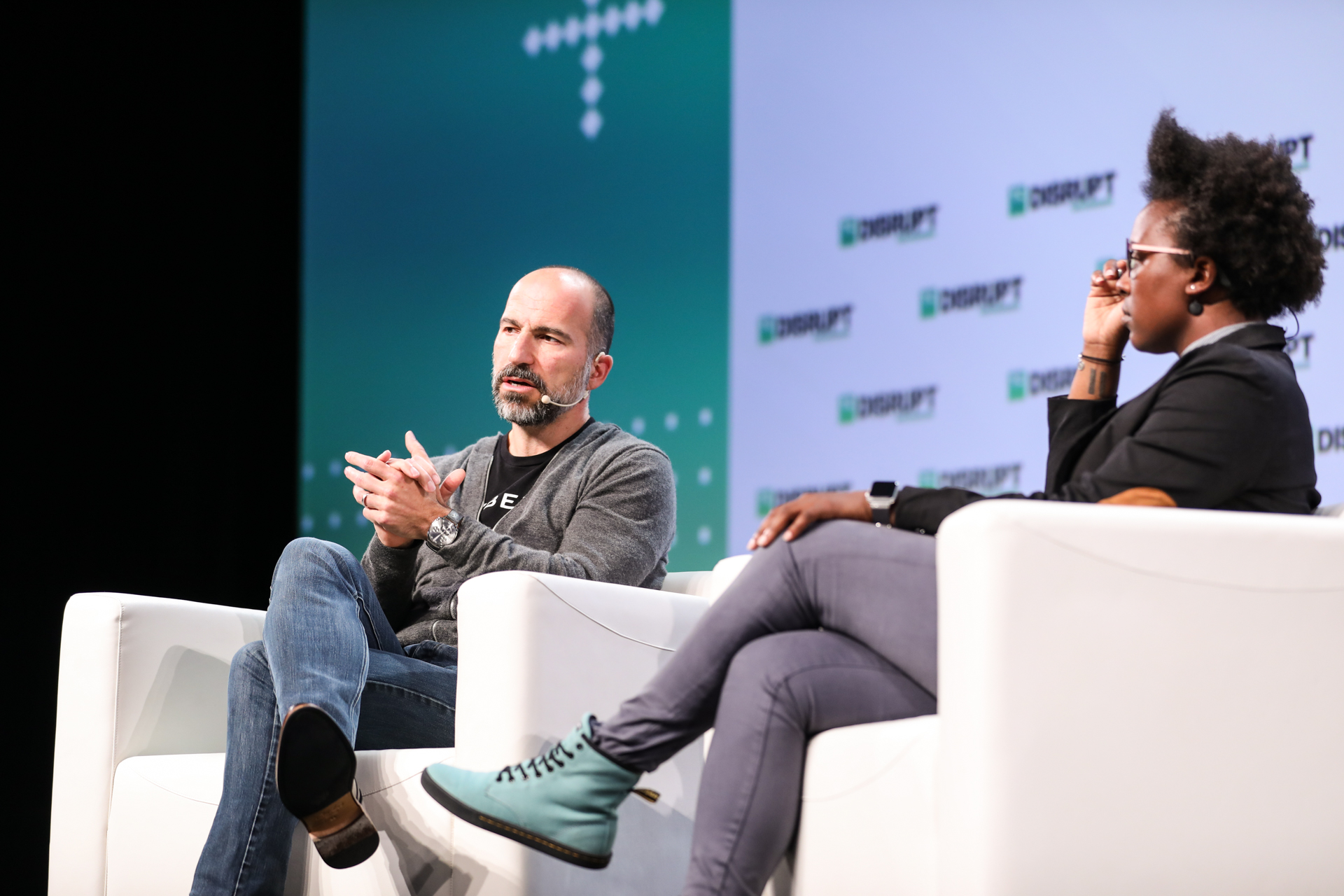 Transportation companies often paint a flowery picture of the near future where mobility will become so automated that human intervention will be detrimental to the process.

That’s not the case, according to Uber CEO Dara Khosrowshahi. In an era that’s racing to put humans on the sidelines, Khosrowshahi says humans and machines working hand-in-hand is the real thing.

“People and computers actually work better than each of them work on a stand-alone basis and we are having the capability of bringing in autonomous technology, third-party technology, Lime, our own product all together to create a hybrid,” said Khosrowshahi.

The future of autonomous travel will rely on people and computers working together, says Uber CEO Dara Khosrowshahi #TCDisrupt pic.twitter.com/K5668OtRXi

Khosrowshahi ultimately envisions the future of Uber being made up of engineers monitoring routes that present the least amount of danger for riders and selecting optimal autonomous routes for passengers. The combination of these two systems will be vital in the maturation of autonomous travel, while also keeping passengers safe in the process.

4. There’s no agreed definition of what makes an algorithm “fair” 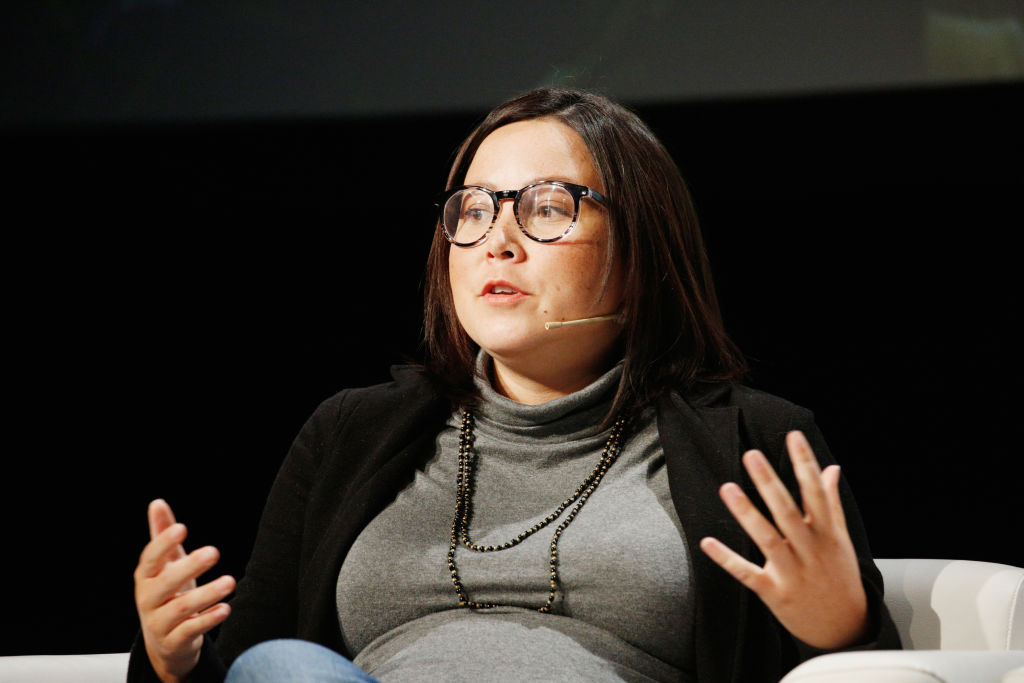 Last July ProPublica released a report highlighting how machine learning can falsely develop its own biases. The investigation examined an AI system used in Fort Lauderdale, Fla., that falsely flagged black defendants as future criminals at a rate twice that of white defendants. These landmark findings set off a wave of conversation on the ingredients needed to build a fair algorithms.

One year later AI experts still don’t have the recipe fully developed, but many agree a contextual approach that combines mathematics and an understanding of human subjects in an algorithm is the best path forward.

How can we create fair algorithms? Kristian Lum (Human Rights Data Analysis Group) says there’s no clear answer, but it depends on the contextual data training the AI #TCDisrupt pic.twitter.com/CEiglgeX2d

“Unfortunately there is not a universally agreed upon definition of what fairness looks like,” said Kristian Lum, lead statistician at the Human Rights Data Analysis Group. “How you slice and dice the data can determine whether you ultimately decide the algorithm is unfair.”

Lum goes on to explain that research in the past few years has revolved around exploring the mathematical definition of fairness, but this approach is often incompatible to the moral outlook on AI.

5. AI and Zero Trust are a “marriage made in heaven” and will be key in the evolution of cybersecurity 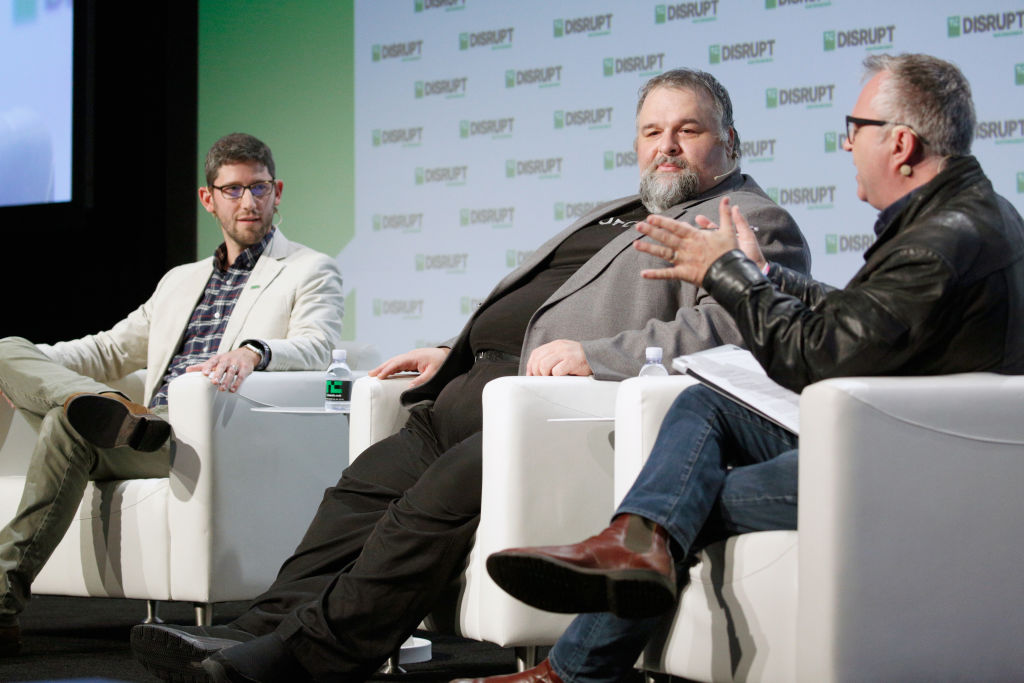 If previous elections have taught us anything it’s that security systems are in dire need of improvement to protect personal data, financial assets and the foundation of democracy itself. Facebook’s ex-chief security officer Alex Stamos shared a grim outlook on the current state of politics and cybersecurity at Disrupt SF, stating the security infrastructure for the upcoming Midterm elections isn’t much better than it was in 2016.

So how effective will AI be in improving these systems? Marc Rodgers of Okta and Mike Hanley of Duo Security believe the combination of AI and a security model called Zero Trust, which cuts off all users from accessing a system until they can prove themselves, are the key to developing security systems that actively fight off breaches without the assistance of humans.

“AI and Zero Trust are a marriage made in heaven because the whole idea behind Zero Trust is you design policies that sit inside your network,” said Rodgers. “AI is great at doing human decisions much faster than a human ever can and I have great hope that as Zero Trust evolves, we’re going to see AI baked into the new Zero Trust platforms.”

By handing much of the heavy lifting to machines, cybersecurity professionals will also have the opportunity to solve another pressing issue: being able to staff qualified security experts to manage these systems.

“There’s also a substantial labor shortage of qualified security professionals that can actually do the work needed to be done,” said Hanley. “That creates a tremendous opportunity for security vendors to figure out what are those jobs that need to be done, and there are many unsolved challenges in that space. Policy engines are one of the more interesting ones.”