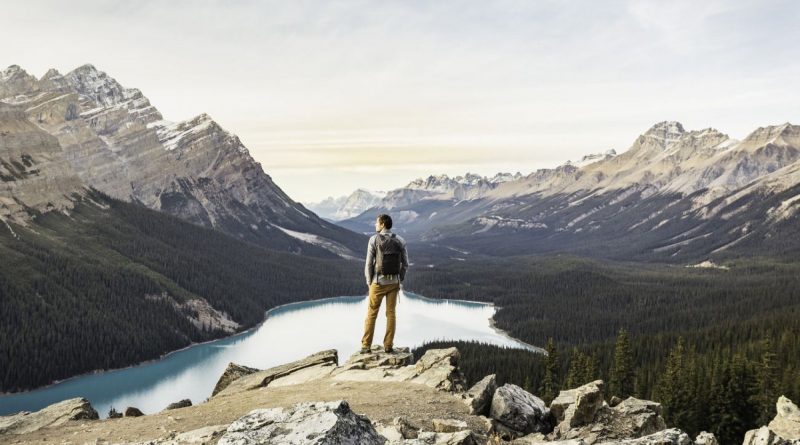 What his company does: The Points Guy is a travel website covering travel and rewards tips, reviews and more. The site publishes pieces ranging from how to maximize your credit card points to travel guides for different areas.

How he got his start: Kelly’s father was a consultant, and work required he travel frequently while his son was growing up. They often bonded over using the miles he stacked up to book family vacations, which sparked Kelly’s love of points and their ensuing travel possibilities. After graduating, he snagged a job at Morgan Stanley traveling half the year for recruiting — meaning he raked in hotel and airline points, earning elite status. Soon after, the financial crisis hit, and although Kelly wasn’t laid off, he saw the window for growth opportunities disappearing. But another business idea was brewing. Co-workers often came to his cubicle for help planning trips.

“I was known as ‘The Points Guy’ at work,” Kelly says. The first incarnation of his business plan was more “travel agency” — people would pay Kelly $50 to help them make the most of their points — but it wasn’t scaleable. After friends’ suggestions, he bought a blog domain with hopes of making some money on the side. In June 2010, a co-worker’s developer husband showed Kelly the WordPress ropes, set up his site and told him to blog consistently every day. “I didn’t know what WordPress or SEO was,” Kelly says. “[This] was never in the realm of possibility when I started out.”

How he turned a profit: Kelly balked at putting ads on his site at first because he didn’t want to sacrifice quality on his passion project. He finally caved after a friend’s urging, then began making $100 or $200 a month. But the real turning point came after the site hit 20,000 readers in February 2011. Chase Bank expressed interested in working with Kelly as an affiliate, offering him the chance to make $150 for every Chase credit card a reader signed up for via one of Kelly’s links. He made $5,000 the first month.

Momentum spiked in April 2011, when a feature piece on The Points Guy in The New York Times coincided with one of Kelly’s credit card blog posts going viral — leading to $100,000 in profits that month and him quitting his day job. Kelly later sold the site to Bankrate, which was then purchased by Red Ventures, a company that combines data science with brand marketing. Kelly maintains creative control of the site, and since the sale, The Points Guy has redesigned its app and made changes to how it serves up content.

His secret to success: Kelly says that harnessing the power of social media was what set him apart from the other older blogs focusing on the same topic. It’s important to be flexible, and you’ll need to evolve with the times and seek out potential in platforms that might not have yet caught on. “You never want to be completely reliant on one platform,” Kelly says, who recently put The Points Guy on Flipboard, a news and social network aggregator.

What he wishes he’d known: Kelly was hesitant to hire at first, so he brought people on to perform multiple roles each. But people don’t often perform as well at multiple jobs as they do at just one — even worse, it can lead to burnout or set employees up for failure. Good people management — and hiring the right people — is vital to success, Kelly says. “I was in recruiting and came from HR before this, but some of the biggest mistakes I take responsibility for are hiring the wrong people in the wrong roles.”

Top consumer tip: Consumers looking to make the most of their points should know that “they’re not frequent flier programs anymore — they’re frequent spender programs,” Kelly says. In order to be smart with points, you’ve got to be smart with your finances — so it’s important to work on your credit score and pay off any credit card debt before embarking on a goal such as racking up travel rewards. If you’re not paying off cards in full every month, the interest you’ll accrue will essentially devalue any rewards you earn. “Understand where you spend your money, and then align your spend with the right credit card or credit cards,” Kelly says. 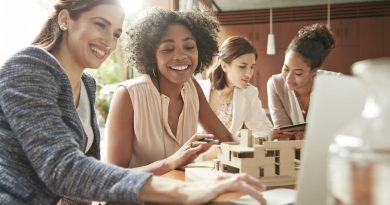 ‘NextGen Women’ Outperform (Men) in Business. And They’re Coming Into the Workforce 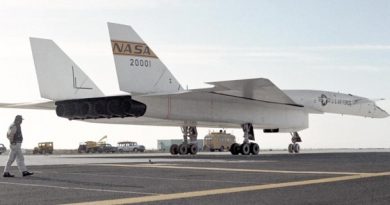 Jump in the XB-70 Valkyrie, the fastest bomber that the US ever built

Your E-Commerce Site Is Incomplete Without Live Chat