Machine learning is one of those buzzwords that nearly every tech company likes to throw around nowadays — but according to Lukas Biewald, it represents a genuinely new approach to programming.

“Software has eaten a lot of the world, and machine learning is eating software,” Biewald said.

In his view, there are “fundamental” differences between the two approaches: “One important difference is if all you have is the code you used to train the program, you don’t really know what happened … If I had all the code that was used to train a self-driving car algorithm but I don’t have the data, I don’t know what went down.”

Along with Chris Van Pelt, Biewald previously founded CrowdFlower (now known as Figure Eight), which launched nearly a decade ago at the TechCrunch 50 conference, and which has created tools for training artificial intelligence.

“Artificial Intelligence has so much potential, but few companies are implementing it yet because the development process is too complicated for all but a small number of highly trained engineers,” said Trinity’s Dan Scholnick, who’s joining the startup’s board of directors. (Scholnick previously backed CrowdFlower.) “W&B aims to dramatically streamline the machine learning software development process so that AI benefits can be unlocked across industries and no longer restricted to the few firms able to hire extremely skilled and extraordinarily expensive AI developers today.” 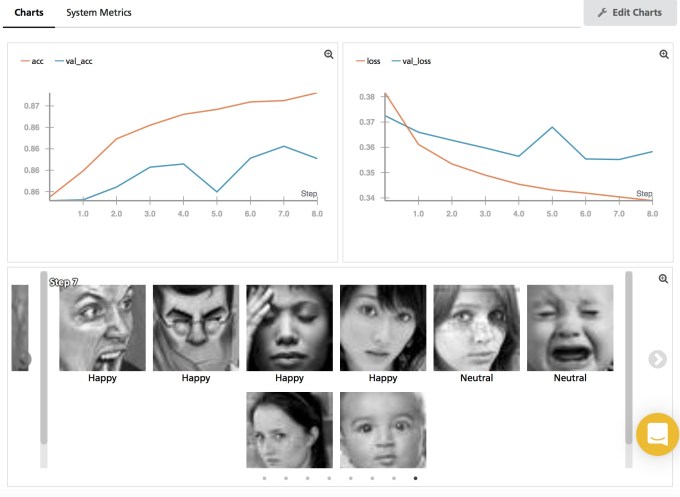 The eventual goal is to create a whole suite of development tools, but Weights and Biases’ first product records and visualizes the process of training a machine learning algorithm. Biewald explained that this makes it possible for developers to go back and see what they were doing, say, a month ago and to share that information with teammates. And it’s already being used by the nonprofit research company OpenAI.

Biewald added that when he talked to his friends in the field about their biggest problems, this was the first thing that came up. That’s how he hopes to approach future products as well — working with developers to figure out what they really need.

Biewald also offered more details about his vision for the company in a blog post:

You can’t paint well with a crappy paintbrush, you can’t write code well in a crappy IDE, and you can’t build and deploy great deep learning models with the tools we have now. I can’t think of any more important goal than changing that.