AI is being applied across the board in many industries worldwide, and its scope of influence is only likely to continue to expand as Kaifu Lee, a noted AI expert who was formerly head of Google China, recently told TechCrunch.

The main battle appears to be between companies in the U.S. and China, but this week a startup in Southeast Asia came out of stealth mode to show that innovation is present elsewhere in the world.

Ucare.ai is focused on applying AI on the healthcare system to increase efficiencies and help patient coverage. It focuses on three distinct audiences: patients, health providers and those who pay the bills.

In particular, the company uses deep learning and neural network algorithms to predict healthcare patterns in patients, and beyond, to reduce preventable hospitalization, and, in turn, save on costs and hassles. That also allows medical professionals and insurers to focus on the more obvious risk patients, Ucare.ai said.

The company was founded in 2016 by Neal Liu, an MIT graduate who career includes six years with Google and stints with Microsoft, eBay and others. The company picked up seed funding in 2016, finance executive Christina Teo came on board as CEO (Liu is CTO) a year later and this week Ucare.ai came out of stealth with the announcement of its $8.2 million Series A round from backers that include Walden International and Singapore’s Great Eastern.

Singapore is gaining ground as startup destination that locates founders within striking distance of Greater China whilst also giving them access to Southeast Asia, a nascent but fast-growing market where the ‘internet economy’ is tipped to reach $200 billion by 2025 according to a recent report co-authored by Google.

Ucare.ai spent its initial two years developing its core AI smarts, the backbone of its service, by stitching together de-identified healthcare data using a mix of publicly available information and data from private partners, before then building out products for the health sector.

“Healthcare costs are only going in one direction as people are living longer and chronic diseases become more prevalent,” Teo told TechCrunch an interview. “That means that costs are going up, and payers are paying more, while corporate health is receiving a lot of attention with corporate clients expecting cost coverage and intervention programs.” 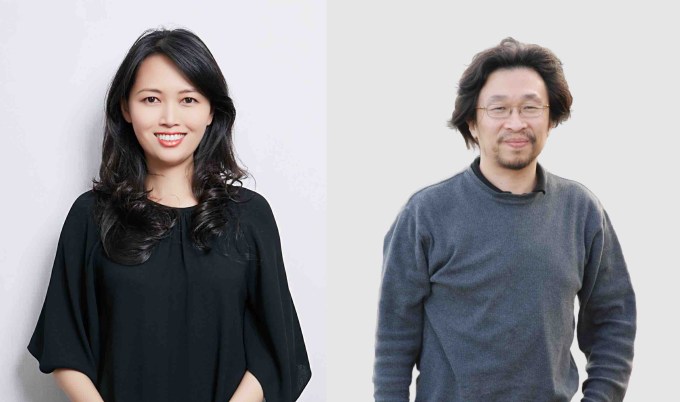 That’s the ecosystem Ucare.ai has set out to impact. With hospitalization one of the most significant costs, the startup wants to reduce that through AI-powered predictive services. Healthcare provider Parkway Shenton, which has over 1,000 clinics, is one public name that signed on with Ucare.ai with other partners as-yet-undisclosed. Clients like Parkway pay for various different products which can provide real-time predictions, or more regular report-like information, Teo explained.

Liu had been based in Singapore while at Google, and he saw an opportunity to develop the startup there whilst tapping into the unique features of the city-state.

“Singapore is ideal,” Teo, herself a Singaporean, told TechCrunch. “It has a robust healthcare system, is well audited, there’s tech adoption such as cashless payments, and data privacy is taken seriously.”

“It’s also a country where you can study people of different backgrounds and lifestyles, which makes it fairly good for scientists. The cost of businesses is reasonable, there are government grants and there’s talent,” she added.

There’s also the potential to expand the business. Ucare.ai has focused its efforts on Singapore, to date, but Teo said there are opportunities to move into neighboring markets to both improve the systems by adding more data and grow the business from a revenue perspective.

“The heavy lifting has been done in the last two years, now we’re looking at opportunities to scale and repeat the business models in other parts of Southeast Asia,” she said, adding that Greater China is also a focus of interest.

Right now, the startup has less than 20 staff with a blend of nationalities, but Teo said the headcount is climbing on “a near-daily basis.”

Other notable healthcare-focused startups in Southeast Asia include fellow Singapore-based CXA, which helps corporates provide quality healthcare to employees, and mClinica, which maps healthcare sales and data in the region.

Why your next TV needs ‘filmmaker mode’

The coronavirus has hastened the post-human era