Oculus says that its new Go headset already boasts support for more than 1,000 titles out of the gate as of today. One of the most interesting of the small subset of those that I’ve taken a look at today has been the latest update for Bigscreen, which brings the previously PC-only VR desktop streaming platform to mobile with Oculus Go (Gear VR too).

The free app is launching in beta and there are still some performance issues to be sorted out, but the app ultimately does what it claims, streaming your PC’s display to the $200 Oculus headset, effectively bringing a much more capable machine into the small standalone headset.

Bigscreen is still driving plenty of updates but today the experience supports 1080p desktop streaming at 30 frames, a resolution and latency that is definitely best suited for streaming movies and videos from YouTube, not firing up a game of Fortnite. That functionality will be coming, however, as the team looks to bring 60fps desktop streaming to the Go.

That being said, there is full cross-compatibility between the desktop and mobile versions of Bigscreen with this release. The experience will definitely feel a little different without a tracked headset and controllers, but Oculus Go users will be able to dive in and chat with Vive, Rift and Windows MR users just the same.

Getting the remote desktop streaming feature on Go will require a little finagling for PC users who will also have to download the Bigscreen app in the Steam or the Oculus Store on desktop in order to fire up the app. From there they just need to open Bigscreen “in desktop mode” and punch the code that pops up into their Go headset. For now, remote desktop streaming is only open to PC users, Shankar says the startup is hoping to work on Mac support for the app later this year.

While Oculus launched a number of apps today at F8 focused on bringing users together in a social experience, none of them can do quite what Bigscreen does.

“The focus is just different,” founder Darshan Shankar tells TechCrunch. “We’ve been so much more focused on utilitarian value and providing something for people to do that they already love doing as opposed to just social for the sake of doing social.”

Bigscreen has raised $14 million in funding from Andreessen Horowitz, True Venture, Presence Capital and others for this mission of delivering the VR use cases that it sees users asking for. Though the company started four years ago, this is the startup’s first foray into mobile VR which has constituted the bulk of headset sales over the past few years.

The update is available now for Oculus Go and Gear VR users, support for Google Daydream is coming soon. 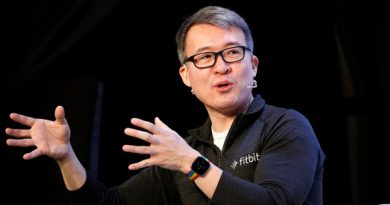 Google is acquiring Fitbit for $2.1 billion