Before I gave birth to my daughter, I was committed to breastfeeding exclusively for as long as I could.

Not only is mother’s milk a great source of nutrition and a health benefit, but breastmilk is relatively free, while formula is not. And as a single mom without a lot of financial resources, that was important to me.

The American Academy of Pediatrics recommends that mothers exclusively breastfeed infants for about the first six months of life and continue breastfeeding until babies are at least 1 year old, while introducing complementary foods. The World Health Organization recommends breastfeeding up until age 2 or beyond.

My own initial experience with breastfeeding was pretty successful, but I had to return to work 10 weeks after having my daughter. That’s when I struggled.

I would pump about twice a day in a scary-looking bathroom, the only private space in the office where I worked. I was always paranoid about pumping for longer than 10 or 15 minutes, though I didn’t produce nearly enough milk in that length of time and had to turn to formula.

I didn’t talk to my employer about my rights to have a better space to pump because I didn’t want to make any waves. Plus, I was afraid the solution I’d be offered would be to transfer to another office within the company that had the private space available — but that would mean a much longer commute from my newborn at home.

My experience, unfortunately, is just one of many breast pumping horror stories.

Luckily, laws exist to protect working mothers rights’ and to make pumping at work a less stressful experience. Going to work to earn money for your family shouldn’t mean sacrificing how you provide nutrition for your little one.

Laying Down the Laws

Cheryl Lebedevitch, senior workplace program manager and policy analyst for the United States Breastfeeding Committee, gave me the rundown on two federal laws that protect the rights of working mothers who need to express milk on the job.

The Break Time for Nursing Mothers law, which became effective in 2010, is a provision within the Fair Labor Standards Act.

“It requires employers to provide reasonable break time in a private, non-bathroom space for specific workers to pump during the work day for one year after the child’s birth,” Lebedevitch explains.

Because of how it is wrapped within the Fair Labor Standards Act, it only covers employees who are considered non-exempt and are eligible to be paid overtime wages. That means the Break Time for Nursing Mothers law will generally cover workers who receive hourly wages but not salaried employees exempt from overtime pay.

Then there is Title VII of the Civil Rights Act, which gives additional employment protections to lactating moms.

Passed in 1964, the Civil Rights Act prohibits discrimination based on sex, Lebedevitch explains. In 1978, the Pregnancy Discrimination Act expanded the definition of sex to include pregnancy, childbirth and related medical conditions.

However, for much of the law’s existence, lactation was not considered a related medical condition, Lebedevitch says.

That all changed about five years ago.

“In 2013, there was a court case that found firing or discriminating against an employee on the basis of lactation was… pregnancy-related discrimination,” Lebedevitch says. “There [have] been other high-ranking court cases that prompted the U.S. Equal Employment Opportunity Commission to update their enforcement guidance to specifically include lactation.”

Lebedevitch says both laws can be tricky for the average mom to understand and interpret. That’s why the USBC does its part to spread education and awareness.

“You shouldn’t have to be a lawyer to figure out how to successfully breastfeed your baby at work,” Lebedevitch says.

We chatted about what working mothers can expect in several different scenarios.

For instance, if an employee works part-time, the Break Time for Nursing Mothers law still applies as long as that worker is classified as non-exempt and eligible to receive overtime pay. She does not have to actually work any overtime hours.

Mothers who have to travel for work are protected. Lebedevitch says the Department of Labor has stated it would be the responsibility of the employer to ensure the employee was accommodated within that other space.

New employees can benefit from the Break Time for Nursing Mothers law from day one. They don’t have to be on the job for a specific amount of time for coverage to kick in.

Even small business workers are covered, though Lebedevitch says that is a commonly misinterpreted aspect of the law.

“All non-exempt employees covered by FLSA are protected, regardless of the size of their employer,” she says. “Within the statute, there is an exemption for businesses that employ 50 or fewer employees.”

The exemption says in the event of undue hardship that would cause significant expense or get in the way of the operations of the business, an employer may be considered exempt from these requirements, Lebedevitch says.

However, she isn’t aware of any cases in which an employer has been granted an undue hardship exemption. She said it may be difficult for businesses to qualify for one due to the space and time flexibilities written into the law.

The protections under Title VII of the Civil Rights Act applies to employers that have 15 or more employees.

How Pumping at Work Affects Pay and Schedules

Despite having rights to break time, nursing mothers may not be paid for taking the time to pump milk.

Employers are not required to pay workers for this break time, Lebedevitch says. However, if a nursing employee is not completely relieved from duty during a break to express breast milk, the time must be compensated as work time.

Employers are not legally able to dictate how long or how often working mothers can take their breaks.

“In the event of an investigation, [an employer] would not be considered to be in compliance with the law if they had tried to set any sort of limitations that did not meet the threshold of each time the employee needs them,” Lebedevitch says.

The Break Time for Nursing Mothers law does not define what “reasonable time” is. One benefit of the vagueness of the law is mothers’ pumping needs can vary, she explains.

And what happens to all the milk that is pumped? Having space at work to safely store pumped milk is pretty essential, Lebedevitch says.

But that doesn’t necessarily mean there has to be a fridge with dedicated space, she says. Allowing the worker to have some sort of cooler in the workplace could be a solution.

Opportunities for the Better

While the current federal laws may not cover all nursing mothers, new legislation could bring change.

“There is a bill that we’ve been working on for several congressional sessions called the Supporting Working Moms Act,” Lebedevitch says. “This would amend the Fair Labor Standards Act so that salaried workers are covered as well.”

She said the bill has not made it out of committee, but has been gaining support.

Individual states may also have their own laws regarding the right to pump milk on the job. In cases where the state law is stronger than the federal laws, the state law would stand, Lebedevitch says.

USBC has taken an inventory of all the state laws and has compiled the information into a series of state guides to the rights of breastfeeding employees.

Making Sure Working Mothers Are Accommodated

But when you’re a new mom returning back to the workforce after giving birth, it can be challenging to discuss pumping needs with your employer — especially when there isn’t already a set system in place.

It’s important to realize accommodations for breast-pumping workers don’t have to be anything extreme, like building a dedicated nursing room.

“There really are very simple cost-effective or cost-neutral solutions that can be found,” Lebedevitch says.

The Office on Women’s Health developed a resource called Supporting Working Mothers at Work: Employer Solutions, which gives examples of how businesses from all across the country in different industries have made accommodations for breastfeeding employees.

When discussing your needs for pumping at work, Lebedevitch advises to come prepared with potential solutions for your boss. She recommends to try framing it as: “This is something I need, and this is how I think we can meet both my needs and the needs of the business.”

If your employer isn’t being compliant with the laws, Lebedevitch advises women to file a complaint with every agency for every law they are covered by.

The USBC has a resource and referral guide that can point women to where they can go for help. Those needing legal support to challenge their employers’ legal compliance can turn to organizations such as the American Civil Liberties Union, A Better Balance or the Center for WorkLife Law.

Nicole Dow is a staff writer at The Penny Hoarder. She enjoys writing about parenting and money.

Do you think this article might help you put more money in your pocket?

Great! Sign up for our newsletter to learn more ways to make extra money: 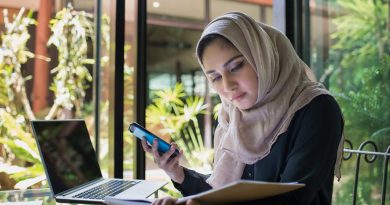 These Elite Remote Customer Service Jobs Pay Up to $45K